SEJONG, March 21 (Yonhap) -- South Korea said Thursday that it has decided to lower the tax rate on securities transactions by 0.05 percentage point, by June, in an apparent move to stimulate the local stock market.

Currently, South Korea levies a 0.3 percent tax on transactions of stocks listed on both the country's benchmark KOSPI bourse and tech-heavy KOSDAQ.

The cut in stock transaction tax is set to be lowered to 0.25 percent within the first half of this year, the Ministry of Economy and Finance said, without providing a specific time.

South Korea re-introduced the tax scheme in 1978, after having abolished it in 1971, following its initial adoption in 1963.

The transaction tax is imposed regardless of whether an investor logs a profit or loss, which has angered investors who suffered heavy losses last year amid sluggish stock markets.

Last year, the government's tax revenue from stock transactions amounted to a record 6.2 trillion won (US$5.5 billion) , up 38.4 percent from the previous year.

The ministry said the proposed cut will reduce the government's tax revenue by 1.4 trillion won.

South Korea currently levies a capital gains tax on large holders of listed stocks, along with the stock transaction tax.

Some critics have raised the issue of potential double taxation as the government plans to lower the threshold in judging a top shareholder when imposing capital gains tax.

Currently, capital gains taxes are levied on a large shareholder whose total stockholdings stand at more than 1.5 billion won in market capitalization.

Finance Minister Hong Nam-ki told a parliamentary interpellation session that Seoul will unveil details about how to compromise on the two tax issues in the first half of next year. 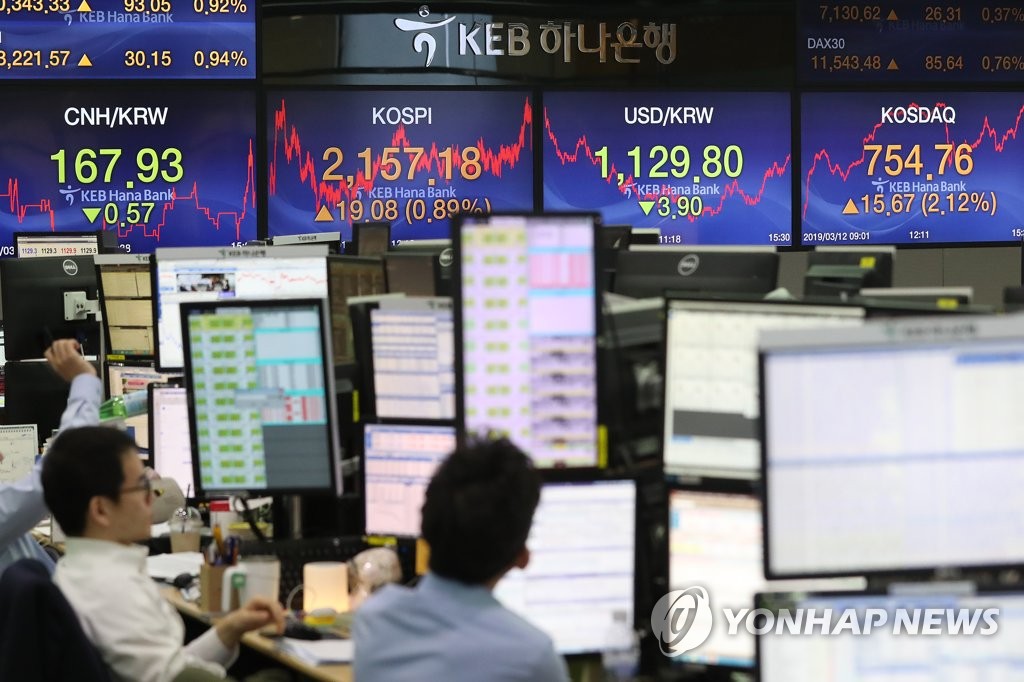