SEOUL, March 21 (Yonhap) -- For his first season as a starter for the KT Wiz in the Korea Baseball Organization (KBO), former Chicago Cubs prospect Rhee Dae-eun said consistency will be the biggest key.

"I want to throw as many innings as I can," Rhee said Thursday prior to the annual KBO media day in Seoul. "The win total is out of my control. I just want to be a consistent force in the rotation and play the full season without getting hurt." 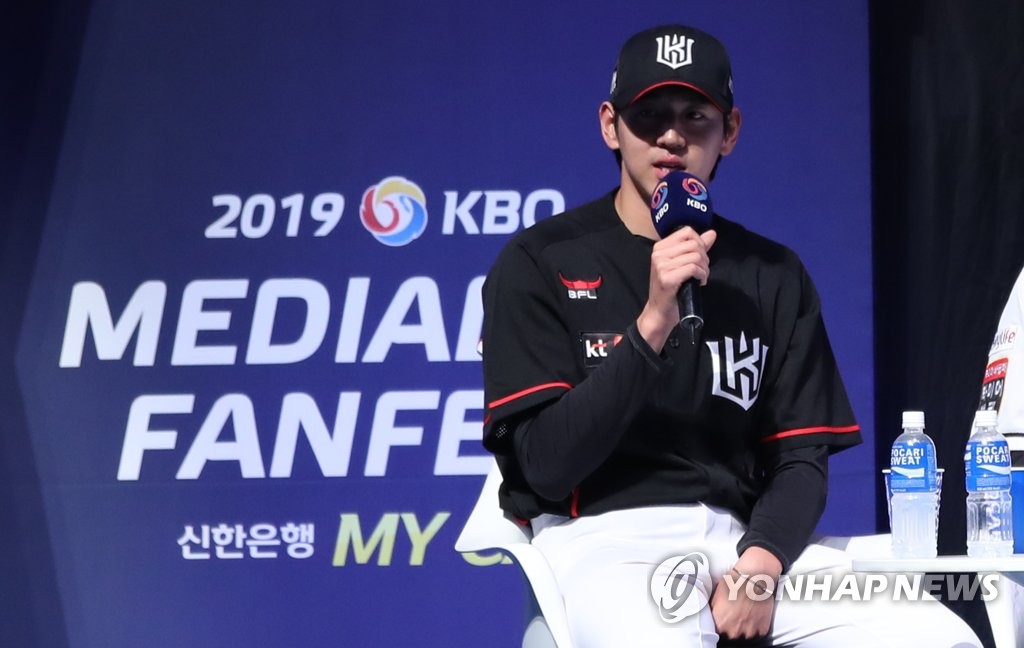 Rhee, who will turn 30 when the new season opens Saturday, will be one of the most highly anticipated rookies in the KBO this year.

Rhee signed with the Cubs in 2007 out of high school and spent seven seasons in the Cubs' minor leagues. He never pitched in the majors and only got as far as Triple-A in 2014.

Rhee had a 40-37 record with a 4.08 ERA in 135 minor league games. He also spent two seasons with the Chiba Lotte Marines in Japan's Nippon Professional Baseball (NPB) and represented South Korea at the inaugural Premier 12 tournament in 2015 and the World Baseball Classic in 2017.

He completed his mandatory military service by pitching for the National Police Agency team in the Futures League, the KBO's equivalent of the minor league. Rhee was 5-6 with a save in 18 appearances, posting a 3.83 ERA in 89 1/3 innings.

Rhee is now tasked with breathing life into a struggling expansion club that has never finished higher than ninth among 10 teams in its first four seasons.

Asked if his prior professional experience puts that much pressure on him to deliver strong results immediately, Rhee said, "It's not something I think about. I just want to execute things that I worked on during the offseason." 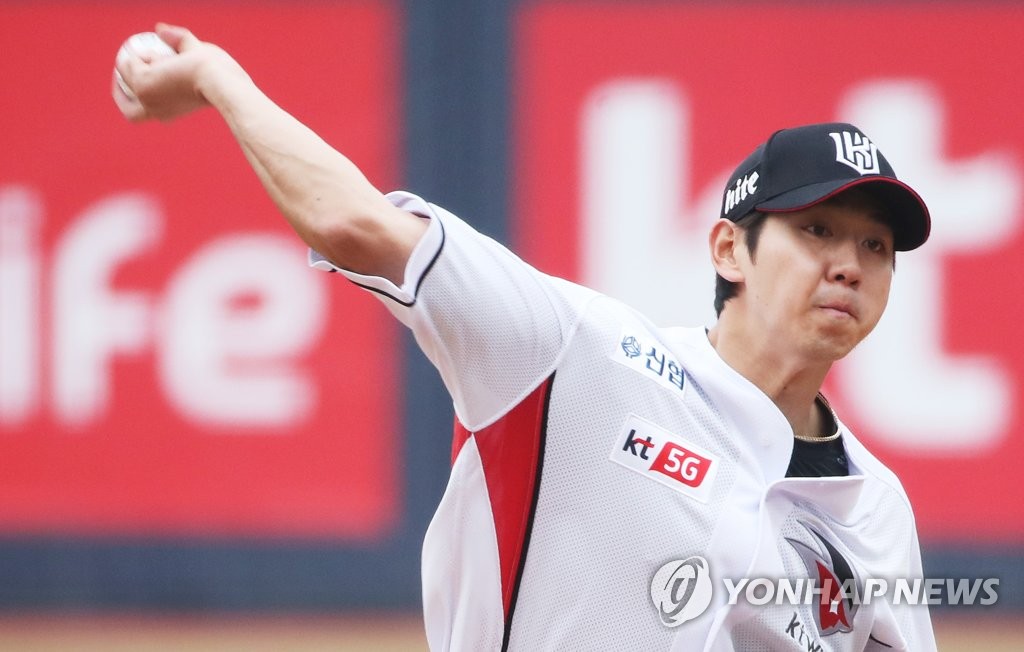 Rhee said he's close friends with those players and he doesn't really see them as rivals that he has to outperform.

"It'd be nice if we all do well this season," Rhee said, before adding, "But again, it'd be even better if I come out on top."

Even before throwing his first regular season pitch for the Wiz, Rhee has already become one of the team's most popular players. Exact sales figures aren't available, but at KT's preseason home games, Rhee's jerseys outnumbered other players' in the stands.

"I was happy to see so many fans in my jerseys," Rhee said. "But of course, I have to pitch well on the mound for them."