SEOUL, March 21 (Yonhap) -- South Korean President Moon Jae-in stressed the importance of two-way communication with his people Thursday in a meeting with the chief executive officer of Twitter, Jack Dorsey, at his office Cheong Wa Dae.

"As president, I believe communicating with the people, instead of promoting my management of state affairs, is what is most needed and important in this era," Moon told the visiting head of the U.S.-based social networking service.

Dorsey arrived here earlier in the day as part of his three-nation Asian tour that is said to include visits to Singapore and Japan. 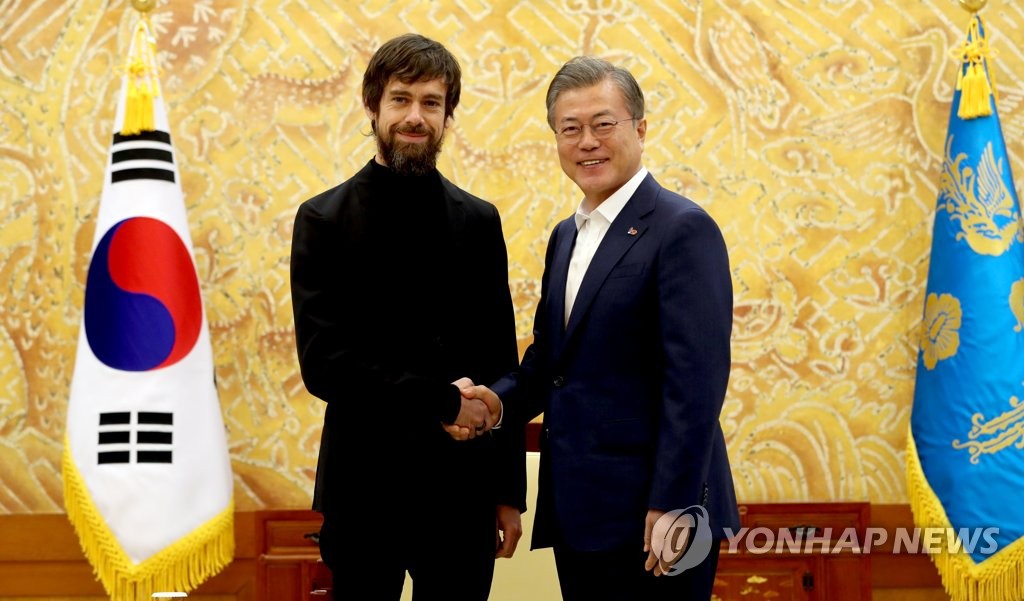 Moon noted his first encounter with Dorsey dated back to 2017 when Cheong Wa Dae created its first Twitter account and Dorsey tweeted a mention in Korean, saying he hoped to "learn, listen and share together."

The South Korean president said learning, listening and sharing may be the most important elements of communication.

He then asked the CEO of Twitter to help inspire his country's youth.

"I ask that you offer many good words of inspiration to our young people," the president said.

Dorsey is reportedly scheduled to hold a meeting with a group of young South Koreans on Friday before wrapping up his two-day visit here.