SEOUL, March 21 (Yonhap) -- North Korea is expected to hold its trademark mass gymnastics shows around its founding anniversary in September, according to a Beijing-based tour agency Thursday.

Koryo Tours said on its website that the gymnastics shows, also known as "Mass Games," will be held at Pyongyang's May Day Stadium. Though exact dates are not fixed, the shows will likely take place in September, it said.

South Korean President Moon Jae-in attended a mass games show when he visited Pyongyang in September for his third summit with North Korean leader Kim Jong-un. The performance was said to be short on anti-U.S. and propaganda messages. 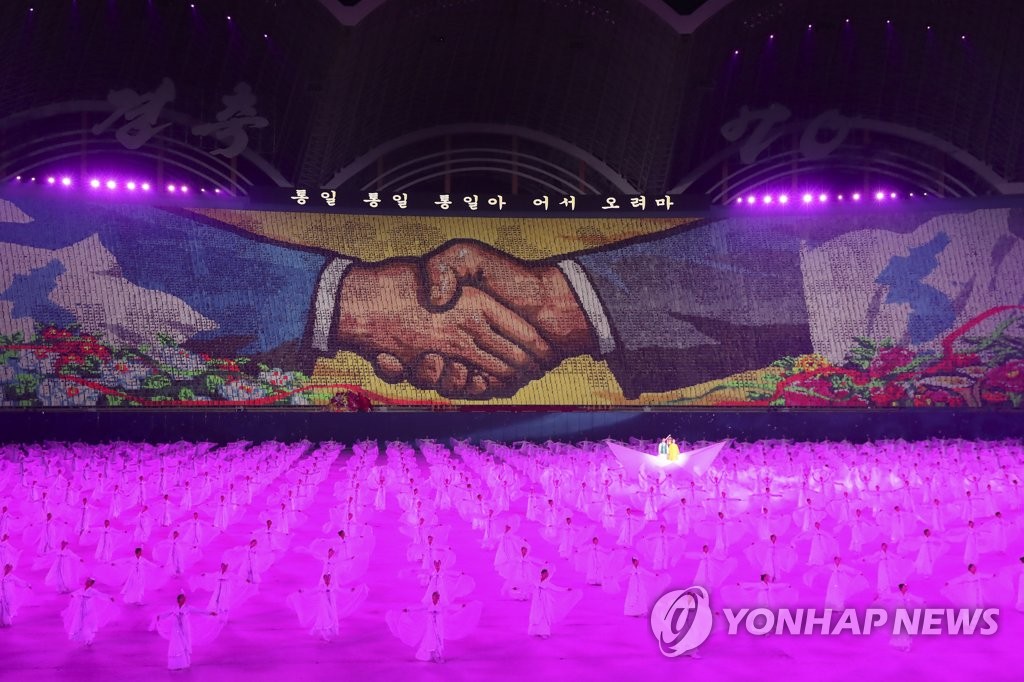