In a 150 kilometer-long test drive in Goyang, northwest of Seoul, that took two hours, the eighth-generation midsize sedan with a coupe-like silhouette effectively cast aside its predecessor's conservative and boring image.

If not for the Hyundai emblem in the grille, the car could easily have been from another carmaker.

The latest Sonata has shorter overhangs, a sloping roofline and a low deck lid that creates a balanced yet dynamic feel, while Hyundai's signature chrome accent line that goes from the headlamps through the hood and has embedded light emitting diodes generated considerable stares from other drivers and pedestrians alike. 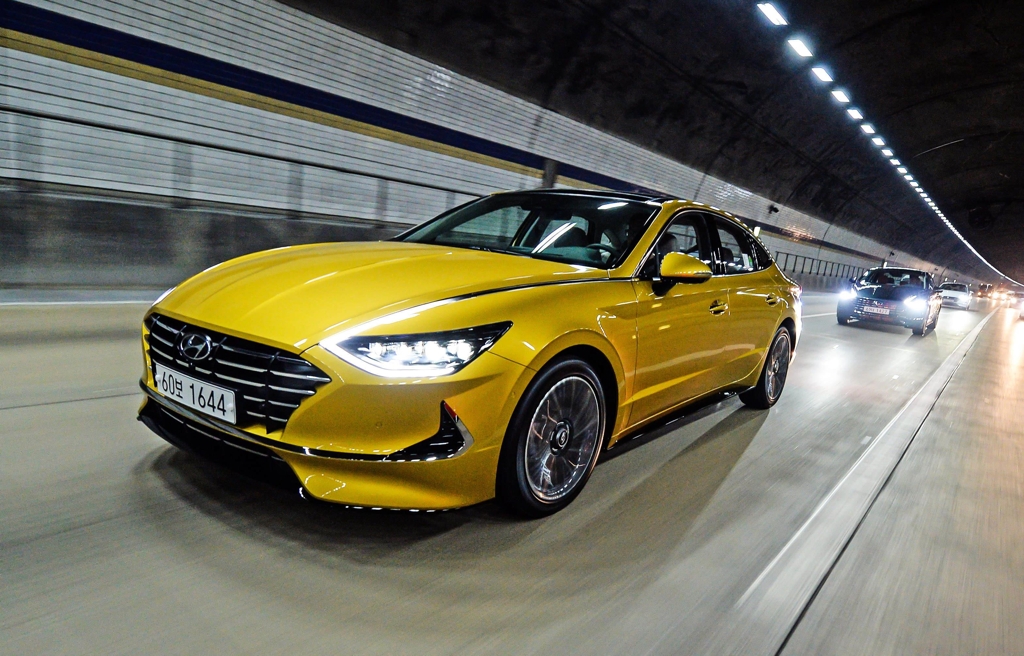 The tester with a 2.0-liter gasoline engine and a six-speed automatic transmission delivered quick response on the road, especially since it is some 45 kilograms lighter than the existing Sonata model that weighs 1,405 kilograms.

The brake pedal feel was reassuring, and body roll was controlled when cornering. Its fuel economy came in at 15 kilometers per liter at an average speed of 100 kilometers per hour on mostly highway conditions during the 50 km drive.

The cabin was mostly quiet at speeds of less than 80 km, but at higher speeds over 100 km, wind and road noise seeped into the cabin.

In all, the new Sonata's overall driving performance was poised and problem free, with the added benefit of remaining a good value for the money. In global markets, Hyundai Sonata competes with the Toyota Camry, Honda Accord and Nissan Altima.

The adaptive cruise control worked well, leaving a reasonable amount of space between the tester and the car in front even in its closest setting. And the lane keeping assist system was quick to respond in most situations.

The Sonata's new interior looks to be another huge leap forward, with a new steering wheel design, an elegant sweeping dashboard and cool patterns in the brown leather upholstery.

A user-friendly large horizontal infotainment system is nicely integrated into the dash, while shortcut buttons for every function, a digital gauge cluster and other frequently used features such as media and navigation are all within easy reach, not buried in submenus.

Passenger space is generous, but the front seats may suffer from insufficient side bolstering and thigh support. Headroom in the rear seats was not really suited for taller adults due to the low roofline, but visibility was good for all occupants. 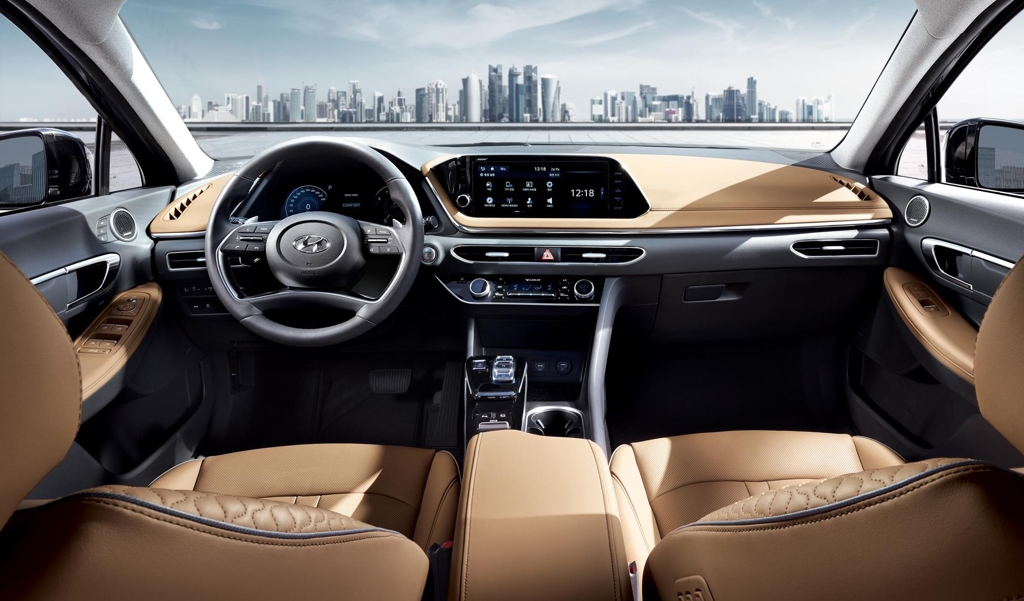 Hyundai said that it is targeting sales of some 70,000 units in the domestic market this year. Shipments to major markets such as the United States are set to begin later this year.

The base model of the South Korea-specification cars starts at 23.5 million won (US$20,900), with the price going up depending on features.