Dunford said at an event at the Atlantic Council think tank that disrupting illicit ship-to-ship transfers of refined petroleum is an important element of the military's support for diplomatic efforts to denuclearize the North.

"We've been after that now for many months. Clearly, you know, the North Koreans have found ways to work around our enforcement efforts," he said.

"It's a constant cycle of adaptation to make sure that we are staying out in front of the North Korean adaptations, and we do the very best we can to enforce the United Nations Security Council resolutions as it pertains to refined petroleum products." 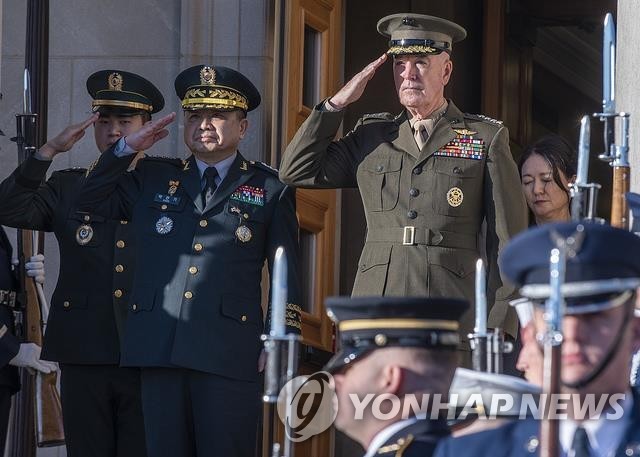 In a statement to the Senate Armed Services Committee last week, Dunford said the disruption operations are a priority for U.S. troops stationed in South Korea.

"I would describe my job is to be the glass half-empty guy when it comes to North Korean capabilities," he added Thursday. "And that's the operative word -- capability."

"I still see a potential, although as yet undemonstrated, the ability to match a nuclear weapon with an intercontinental ballistic missile," Dunford said.

"And I think it's incumbent upon the United States military to be prepared to defend the homeland and our allies from that eventuality. And so that's what we are focused on."