SEOUL, March 22 (Yonhap) -- Shareholders of Hyundai Motor Co. and Hyundai Mobis Co. on Friday backed the dividend plans of the two automotive firms and their proposed directors but rejected proposals by Elliott Management.

The overwhelming support for the South Korean companies is a setback for the U.S. activist investor. 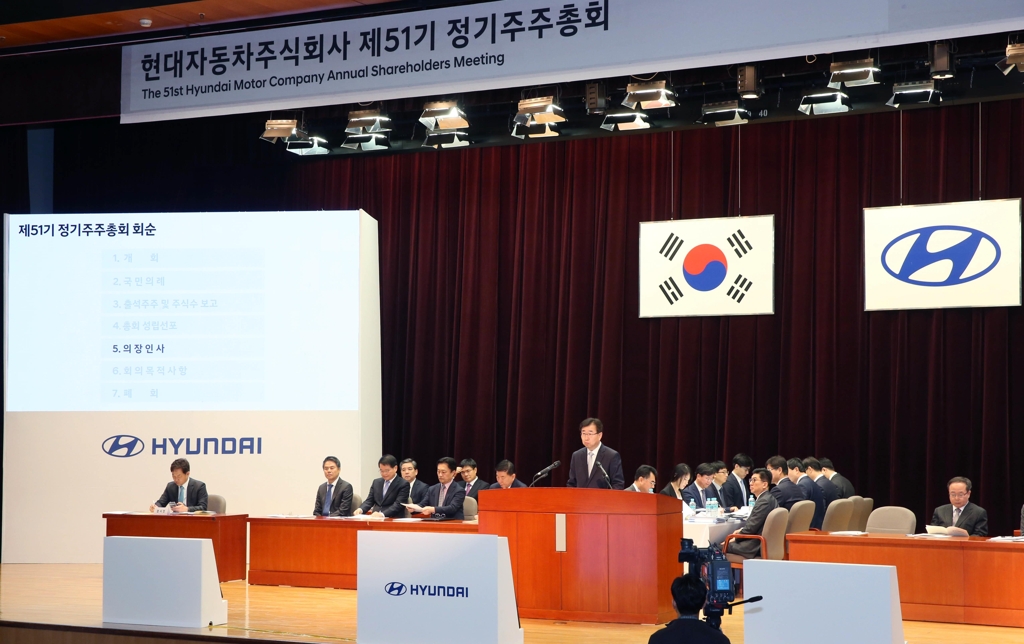 Such an outcome was widely expected as the Korea Corporate Governance Service (KCGS), the main advisor of the National Pension Service (NPS), recommended shareholders of the two firms vote against Elliott's dividend requests.

KCGS and other advisors, such as Sustinvest and Daishin Economic Research Institute, said excessive dividends could hurt a company's mid- and long-term value, and the dividend request by Elliott was not based on the Hyundai Motor Group's affiliates' earnings last year.

As for outside board directors, shareholders rejected most of Elliott nominees -- three for Hyundai Motor's board and two for Hyundai Mobis' board.

On Friday afternoon, the two companies will hold separate meetings to appoint Chung Euisun as representative director at their boards to give the heir apparent of Hyundai Motor Group greater leeway in key managerial decisions and shareholder policies.

The two Hyundai affiliates have been in a back-and-forth dispute with Elliott over their dividend plans and appointments for board members, with the New York-based hedge fund seeking to obtain seats on the key body. 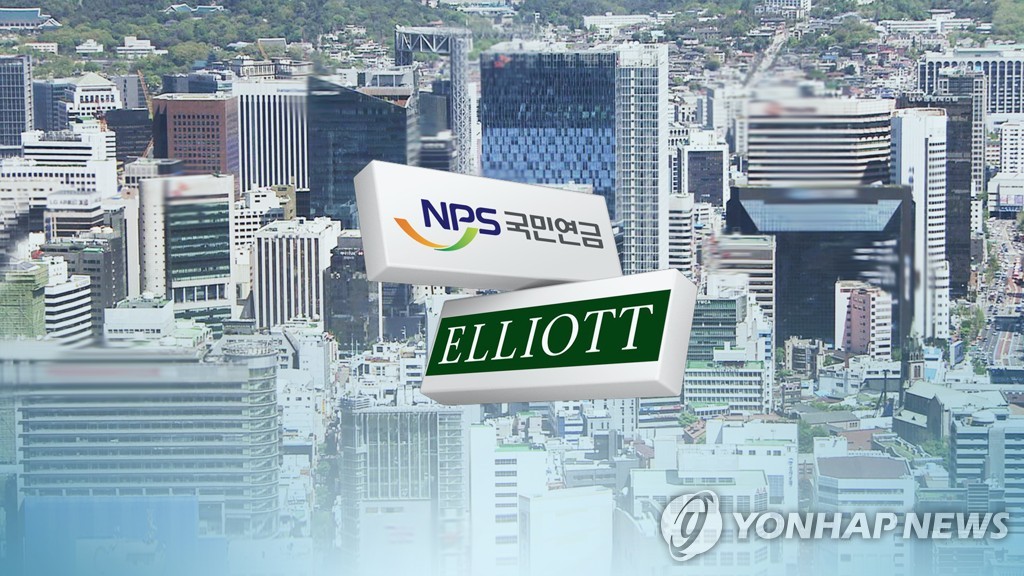