SEOUL, March 22 (Yonhap) -- South Korea has proposed holding military talks with North Korea on implementing a bilateral accord signed last year, but there's no reply from Pyongyang yet, an official here said Friday.

"Recently, (we) suggested South-North military talks and are currently waiting for a response," the defense ministry official said, requesting anonymity. 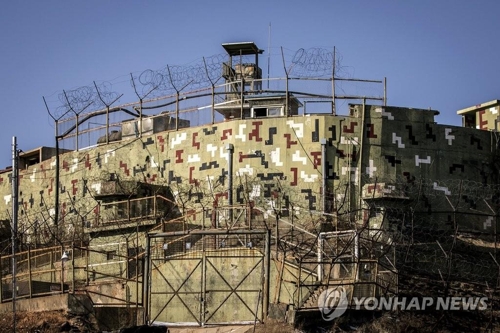 The two Koreas implemented some of the deals in 2018, including the trial pullout of frontline guard posts, disarmament of the Joint Security Area of Panmunjom and a joint survey of waterways in the Han River estuary.

But the North has taken a lukewarm attitude this year amid a lack of progress in denuclearization talks with the United States.

The North's withdrawal from the inter-Korean liaison office in the North's border city of Kaesong on Friday deepened concerns over the prospect of the CMA's enforcement.

It remains uncertain whether the Koreas can start their joint project to excavate Korean War troop remains in a ridge inside the Demilitarized Zone next month as planned.

The two sides had also planned to start allowing civilian ships to navigate through the Han River estuary on a trial basis next month. But uncertainty also shrouds that plan.

Observers voiced worries that other plans, such as forming an inter-Korean military committee and setting up direct communication lines between top military officials of the Koreas, could face indefinite delays.