Hong Nam-ki, the minister of economy and finance, made the comments to reporters in Bucheon, just west of Seoul, where Hong visited a vocational school that provides vehicle maintenance programs.

Earlier this month, President Moon Jae-in called on officials to draw up an extra budget, if necessary, to counter fine dust air pollution, which can cause various health problems.

The budget, if approved, could be used to increase the use of air purifiers and expanding joint projects with China, presidential spokesman Kim Eui-kyeom said on March 6.

South Korea said earlier this week that about half of South Korea's ultrafine dust air pollution comes from China.

A team from the International Monetary Fund said a supplementary budget should amount to 0.5 percent of South Korea's gross domestic product, which stood at 1,800 trillion won last year. 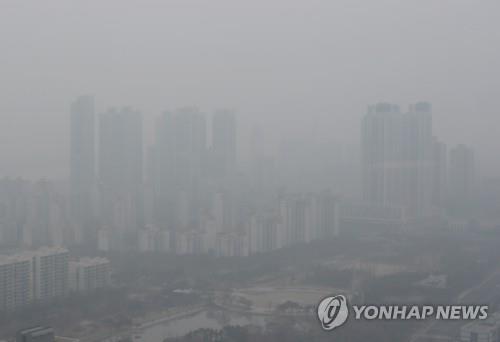