SEOUL, March 22 (Yonhap) -- The South Korean shipping line that owns a tanker under suspicion for breaking North Korea sanctions stressed Friday that it is not involved in any unlawful activities.

Ace Marine said that while it has registered the oil product tanker Lunis under its name, the ship has been on lease. It said the company signed a two-year freight forwarding contract with a local firm, who in turn arranged a ship chartering deal with a Singaporean shipper. It said it is this Southeast Asian entity that actually operates the ship at present.

"We are not using the ship to carry out transactions with North Korea," a company source told Yonhap News Agency. He pointed out that South Korean government officials already checked the company in September and October 2018 for possible violations but found nothing amiss.

The controversy comes as the U.S. Department of the Treasury's Office of Foreign Assets Control (OFAC) released a report of vessels that it says could have engaged in ship-to-ship transfers with North Korean tankers, including Lunis. But OFAC did not include Lunis on the list of vessels subject to penalties.

The United States and the United Nations have slapped stringent sanctions against the North for the development of nuclear weapons and long-range delivery systems, with Washington vowing to impose penalties till a resolution can be reached on these matters.

Ace Marine said it is in the process of determining if the Lunis could have engaged in irregular operations that drew the attention of U.S. authorities. The intermediate company that inked the chartered deal also claimed that it was checked by the government last year, with investigators finding no fault.

"I don't know why the Lunis name keeps popping up," an insider for the second company, who declined to be named, said.

The government said that it will carefully look into questions raised by the U.S. authorities.

Officials here, however, were not clear if the allegations leveled against the South Korea registered tanker in the latest U.S. report are related to the same case that was checked last year or a completely new incident. 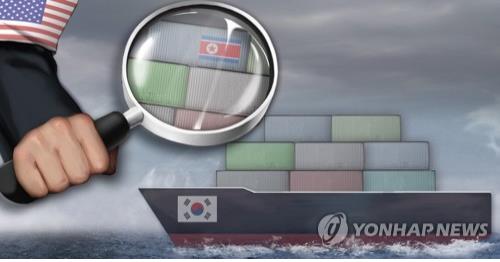