SEOUL, March 23 (Yonhap) -- Chad Bell, a new American pitcher for the Hanwha Eagles in the Korea Baseball Organization (KBO), had an outstanding preseason, holding two opponents to a single run over 10 1/3 innings.

But the left-hander will tell you things weren't as easy as those stats indicated.

"Everybody here is talented. You have a lot of guys that are very good at putting the bat on the ball. They don't swing and miss a lot," Bell told Yonhap News Agency on Saturday at Jamsil Stadium in Seoul, before his Eagles faced the home team Doosan Bears on the first day of the season. "You can make good pitches, and they can spoil them by fouling them off. That makes it tough. You just have to be really smart and execute pitches." 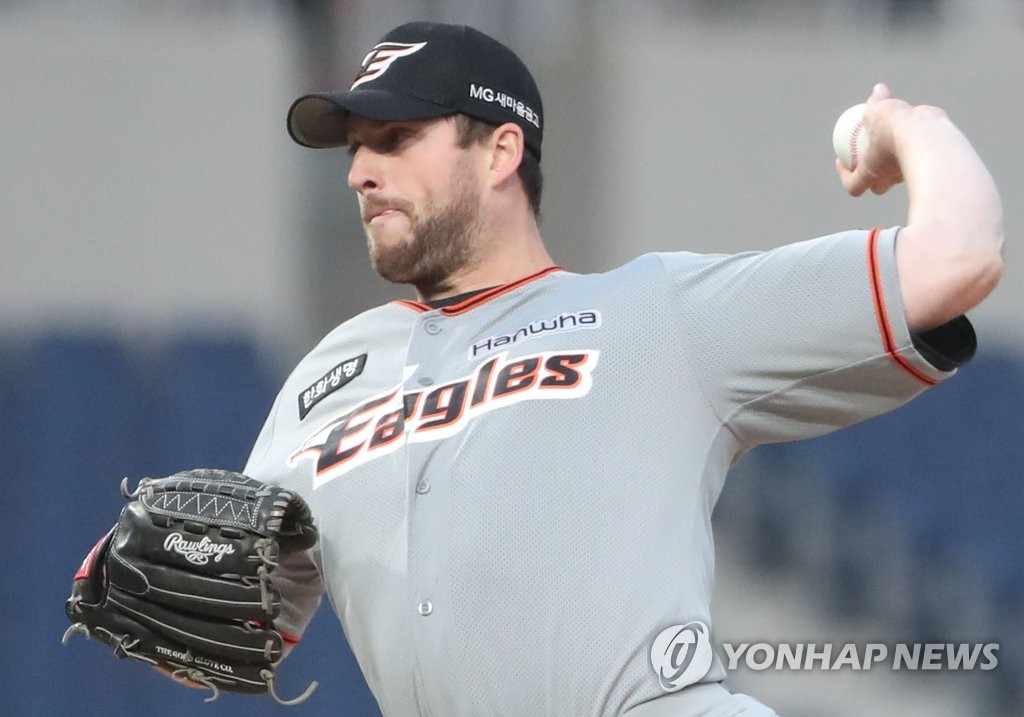 Bell faced the SK Wyverns and the NC Dinos in his two spring starts, and both teams had almost their full lineups against the American. It gave Bell a good sense of what to expect from the rest of the league in his first season here, and he's already set a game plan for himself.

"You almost have to be okay with getting guys out earlier in the count, especially with nobody on base," he said. "When nobody is on base, make good pitches and let them get themselves out, as opposed to try to strike them out. There aren't that many of them that strike out. They're just really good at putting the bat on the ball. That changes your game plan."

Bell has 31 major league games under his belt, all of them with the Detroit Tigers in 2017 and 2018. Both in the majors and the minors, Bell went back and forth between the rotation and the bullpen. In the KBO, he will be at the front of the rotation, along with Australian right-hander Warwick Saupold.

"This year, it's going to be nice to be in the full starting routine and know when I am going to pitch," said Bell, who will start Sunday's game after Saupold got the Opening Day nod. "I am looking forward to building on what I've been able to do in exhibition games."

Bell said he'd kept the possibility of pitching outside the United States in his mind for a few years. He opened the 2016 season with the Texas Rangers' Triple-A affiliate in Round Rock and got traded to the Detroit Tigers, whose Triple-A team in Toledo had former and future KBO pitchers, such as Thad Webber, Lucas Harrell, Cory Riordan and Donn Roach. 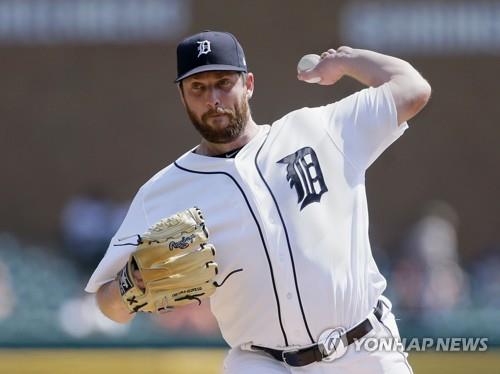 Bell said he started asking questions, hoping to learn as much about the KBO as possible. He even had some KBO scouts approach him and ask him if he'd be interested in taking his talent to South Korea.

And when he became a free agent for the first time last winter, Bell was hoping for a chance to pitch in the KBO.

The 10 KBO clubs are each allowed to carry a maximum two pitchers. Since teams were likely to retain those coming off strong seasons, Bell knew there would be only so many spots available for first-year players like himself.

"You just hope that somebody saw you at a moment when you did well, and you made an impression on them," Bell said. "That's what baseball is: making that impression on somebody that likes you."

Bell said he was a bit surprised by the way South Korean players got fired up right from the start of spring training, with his teammates yelling while they're stretching.

Bell said he has the similar "team first" mentality like his teammates.

"Every five or six days, whenever I go out, I want to be able to give our guys a chance to win," he said. "Whatever my numbers turn out to be... As long as I can go out, and we get a chance to put a win in the team column, that's all that matters."

Pitcher ready for challenge vs. 'talented' hitters in KBO

Pitcher ready for challenge vs. 'talented' hitters in KBO