The Korea Baseball Organization (KBO) opened its 38th season, with all 10 clubs in action. 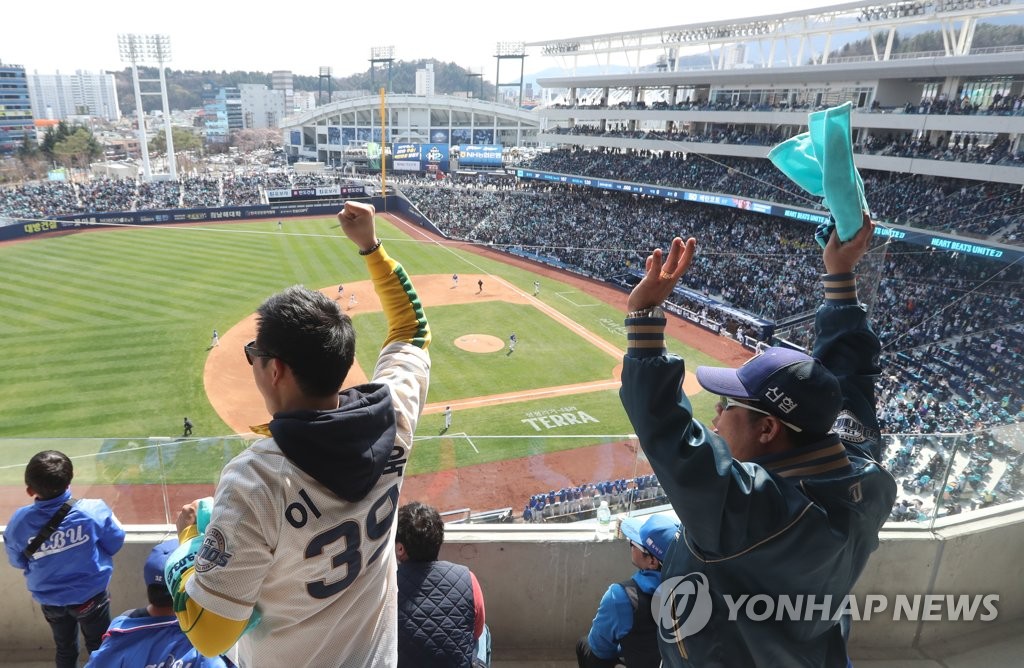 Changwon NC Park in Changwon, 400 kilometers southeast of Seoul, hosted its first regular season game as the brand new home for the NC Dinos. All 22,112 tickets for the tilt between the Dinos and the Samsung Lions sold out last Saturday, the league office said.

The first home run of the 2019 season came at Changwon NC Park, courtesy of the Dinos' new cleanup hitter Christian Bethancourt, in the bottom of the first inning.

The Lotte Giants hosted the Kiwoom Heroes at Sajik Stadium in Busan, east of Changwon, and all 24,500 tickets were gone by Friday.

The game at the 25,000-seat Gwangju-Kia Champions Field in Gwangju, 330 kilometers south of the capital, between the home team Kia Tigers and the LG Twins sold out at 1:20 p.m., 40 minutes before the first pitch.

In the nation's capital, the Doosan Bears hosted the Hanwha Eagles at Jamsil Stadium, with a sellout crowd of 25,000 on hand.

The defending champions SK Wyverns opened their title defense at home against the KT Wiz at SK Happy Dream Park in Incheon, 40 kilometers west of Seoul. During the pregame ceremony, the Wyverns presented the Korean Series trophy before the fans and the players received their championship rings.

Seoul and Incheon received some unseasonable snow and sleet around noon, and fields at both stadiums were covered in tarps. Overcast skies eventually gave way to sunshine, but the start of the game in Seoul was delayed by 10 minutes as the grounds crew finished up their work on the wet field. 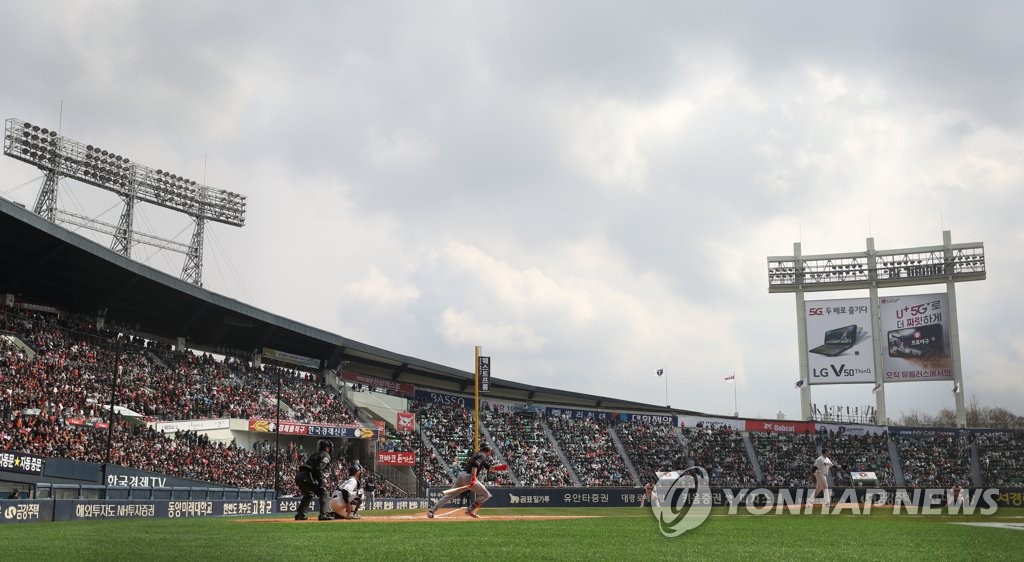