And when the season opener finally arrived Saturday, Fernandez made the most of it.

The Cuban hitter went 2-for-4 with three RBIs to help the Bears defeat the visiting Hanwha Eagles 5-4 at Jamsil Stadium in Seoul. His first hit in the sixth inning gave the Bears a 3-2 lead. And with the score knotted at 3-3 with two outs in the bottom eighth, Fernandez delivered a two-run double to put the Bears up for good. 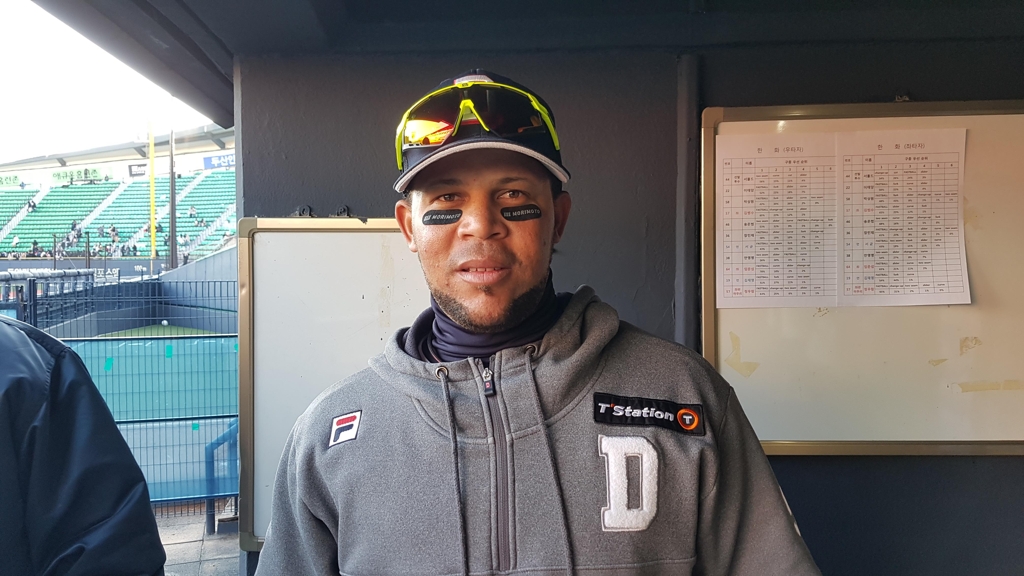 Fernandez, who represented Cuba at the 2013 World Baseball Classic and played in 36 games for the Los Angeles Angels in 2018, didn't exactly set the KBO on fire in preseason, batting just .167 (3-for-18) in seven games with one extra-base hit. But the 30-year-old said he was just itching to get going in the games that count.

"Once the regular season starts, with more fans in the stands, I tend to focus better at the plate," Fernandez said through an interpreter. "I am happy that I got a couple of hits that helped the team win. It's always nice to open the season with a win."

Batting sixth, Fernandez grounded into a 4-6-3 double play in his first at-bat. He said he still made solid contact with the ball and he wasn't going to be discouraged by the twin killing.

"I'd give myself 95 points out of 100 for this performance," he said. "I drove in three runs with two hits in such a tight game. But I am not going to be content with these two hits. I want to get a hit every time I am out there."