Their dispatch came despite the North's withdrawal of its staff from the office Friday.

The North did not give a clear reason for the pullout, only saying the decision was based on an order from "higher-ups." Experts and analysts said the move appears to be designed to pressure Seoul to do more to persuade the United States to lower its demands in the stalled denuclearization negotiations. 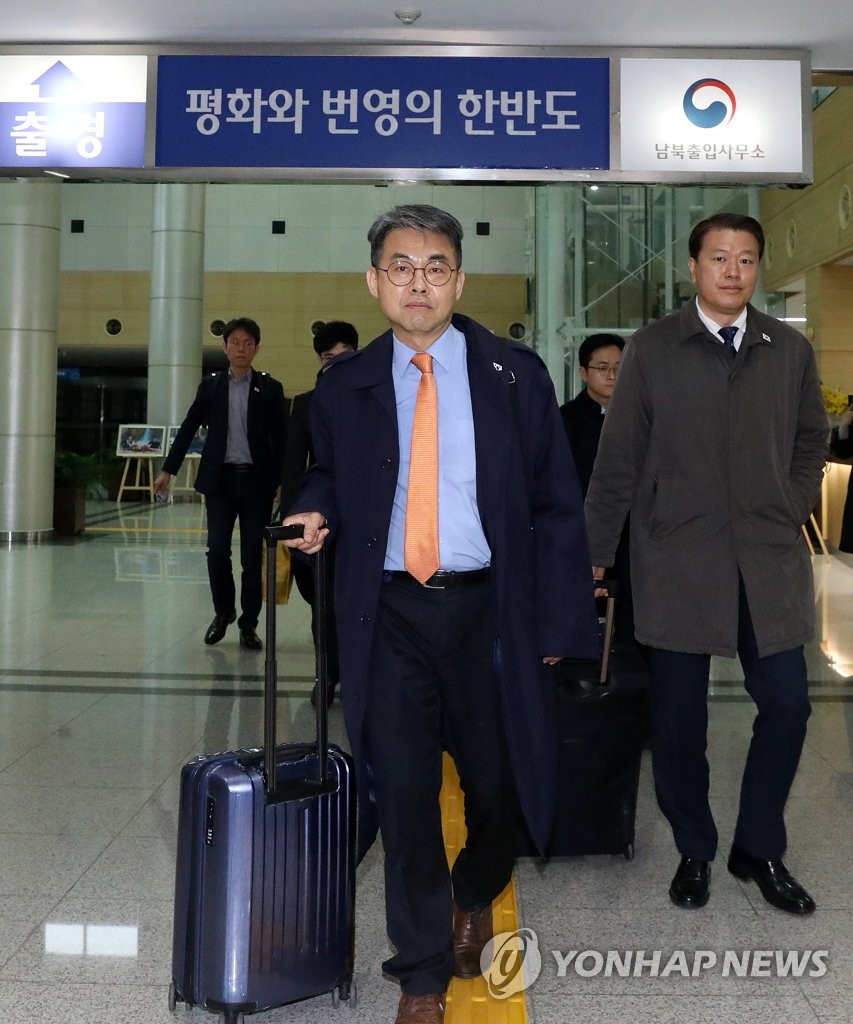 "Previous governments had endeavored to open a round-the-clock communication channel between the two Koreas, and the South-North joint liaison office opened last year as a result," Kim Chang-su, deputy head of the office, said before crossing the border.

"Though the North withdrew from the office, the embers of hope remain alive, and we intend to show up at work as usual to keep them alive," he added. "I will do my best on such things as protecting the safety and convenience of our workers and staff there."

Even though the North Korean liaison officers have left, Kim said he will try to contact other North Korean officials remaining in the Kaesong district to find out more about the situation.

Unification ministry spokesman Baik Tae-hyun told reporters during a press briefing later that North Korean officials previously handling the operation of a shuttered industrial park in Kaesong are still at the liaison office and the South Koreans will be able to keep in touch with them.

Despite the North's pullout from the office, he added that the government will continue to push for planned inter-Korean projects such as a plan to hold video reunions of families separated by the 1950-53 Korean War "in consideration of the situation at the liaison office."

Seoul earlier received relevant sanctions exemptions from the United States and the U.N. Security Council and said it will raise the issue with North Korea through the liaison office as soon as its internal discussion is complete.

The two Koreas opened the liaison office in September last year to foster their cross-border exchanges and reduce tensions by keeping a communications channel open all the time. It was a follow-up to an agreement their leaders reached in April.

They agreed to hold a weekly meeting between the office's co-heads to discuss pending issues, but since the breakdown of last month's summit between North Korean leader Kim Jong-un and U.S. President Donald Trump, no such meetings have been held, though Seoul has insisted that there were no problems in communication with the North.

Kim and Trump met in late February in Hanoi, Vietnam, for their second summit but failed to strike a deal as they were at odds over how to match Pyongyang's denuclearization steps with Washington's concessions, including sanctions relief.

On March 15, North Korean Vice Foreign Minister Choe Son-hui threatened to abandon the negotiations, saying the regime had no intention to give in to Washington's "gangster-like" demands. She said Kim would decide soon whether to pursue talks and maintain his moratorium on nuclear and missile tests.

Hours after the North's pullout from the liaison office, Trump tweeted that he has ordered the withdrawal of a plan to impose additional sanctions on Pyongyang in what appears to be a move to send out a reconciliatory gesture to Pyongyang and keep nuclear talks on track. 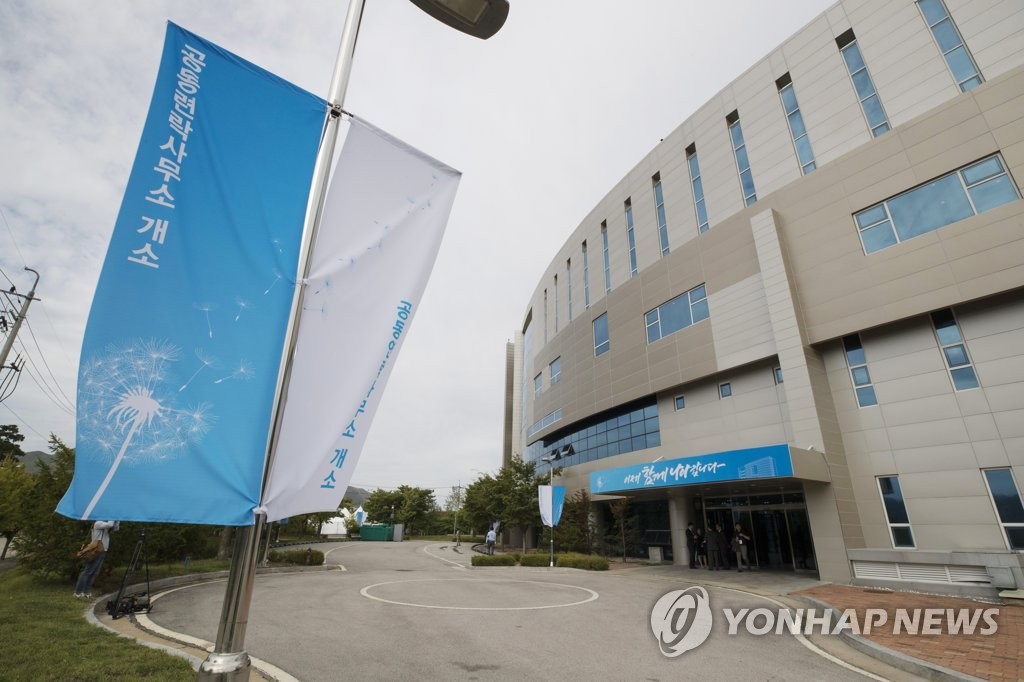