SEOUL, March 25 (Yonhap) -- South Korea's labor productivity has been falling over the past 30 years, contributing less to its economic growth, a report said Monday.

The country's labor productivity, or real economic output per labor hour, grew at an average annual rate of 2.3 percent in the 2010s, compared with 4.7 percent in the 2000s and 6 percent in the 1990s, according to the report from the Korea Economic Research Institute (KERI).

KERI is a private think tank affiliated with the Federation of Korean Industries, a lobby group for family-controlled conglomerates.

The rate of labor productivity's contribution to South Korea's economic growth thus dropped to 76.8 percent in the 2010s from 106.1 percent during the previous decade. The comparable figure for the 1990s was 85.3 percent.

The contribution rate of working hours to economic growth remained in negative territory, with that of the working age population also going south in step with the country's fast aging population and chronically low birthrate. 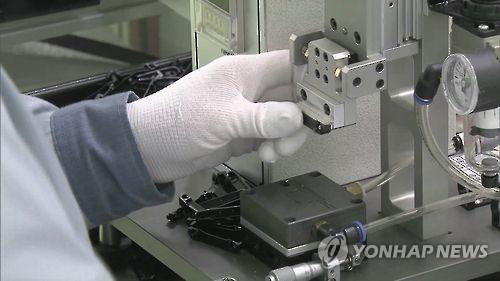 This is because it is not easy to prevent the downturn in working hours and the working age population, while the employment rate's contribution has been in an uptrend, it added.

In July last year, South Korea introduced a 52-hour workweek for both private and public firms with 300 or more employees to cut long working hours and help improve work-life balance for workers.

South Korea became an aged society in 2017, with the ratio of people aged 65 or older hitting 14 percent of its 50 million population. The country is forecast to become a super-aged society in 2026, when the figure is likely to top 20 percent.