SEOUL, March 26 (Yonhap) -- U.S. President Donald Trump was open to easing sanctions on North Korea at last month's summit with Kim Jong-un, but was thwarted by his top aides, according to a senior Pyongyang official.

Vice Foreign Minister Choe Son-hui made the remarks at a press conference in the North Korean capital on March 15, which was widely reported on for her threat to abandon denuclearization negotiations with the U.S.

Yonhap News Agency obtained a copy of her opening remarks.

According to the text, Choe said Trump was "flexible" about reaching a deal at the Feb. 27-28 summit in Hanoi, Vietnam, which ultimately collapsed without any accord. 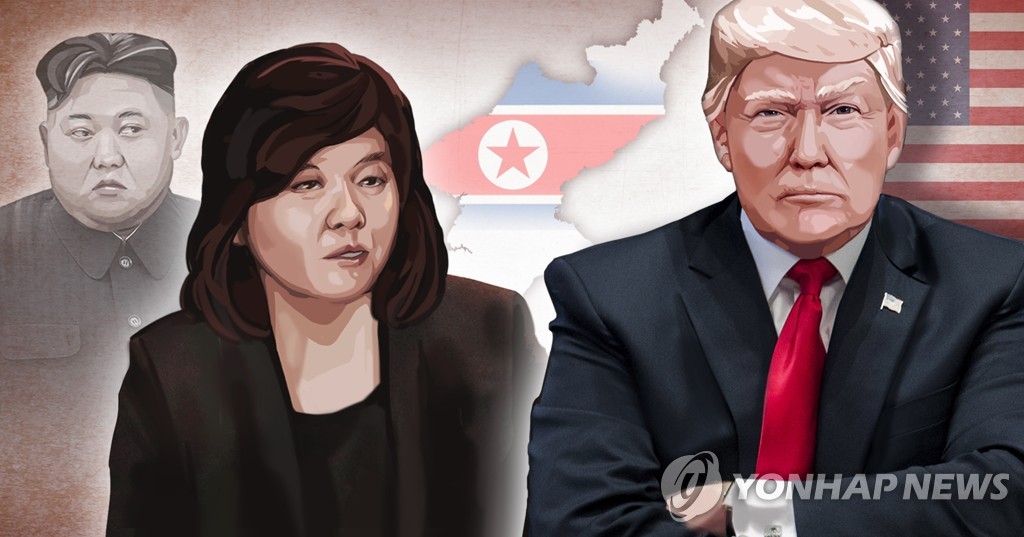 "When we tabled a realistic proposal, President Trump was of the flexible position that a deal could be possible if it contained a reference to the fact that sanctions removal would be reversible in the event that North Korea resumed nuclear activities," she said.

The vice foreign minister continued that a "meaningful outcome" was not reached because U.S. Secretary of State Mike Pompeo and U.S. National Security Adviser John Bolton "created an obstacle in the constructive negotiation efforts of the two leaders with extant hostility and mistrust."

Choe's accusations against Pompeo and Bolton were previously reported and subsequently denied by both men.

If Trump's alleged openness to a "snapback" clause is true, it could explain his decision last week to hold back on additional sanctions on North Korea.

That announcement came after the U.S. Treasury Department did impose sanctions on two Chinese shipping companies accused of helping the North evade sanctions.

Choe also claimed that Kim has tried to negotiate with the U.S. despite "much opposition and challenge" within his own country.

"Our people, and especially our military and munitions industry, are writing thousands of petition letters to our State Affairs Commission Chairman Comrade to urge against giving up our nuclear (program) at any cost," she said.
(END)