Earlier this month, Moon named several new ministers in a reshuffle to set up his administration for the second half of his five-year term.

The main focus of Tuesday's hearings was placed on Kim because of his controversial left-leaning remarks on inter-Korean relations that have irked conservatives here and his vision for North Korea policy.

Kim's nomination came as the liberal government is seeking to restart the operation of a now-shuttered joint industrial complex in the North's border city of Kaesong and resume a suspended tour program at the North's Mount Kumgang.

Kim is known for his strong support for active engagement with North Korea.

Since his nomination, he has come under fire for what conservatives claim to be pro-North Korea remarks that he made in his books and columns and on social media.

He drew criticism over his op-ed piece in a weekly magazine in 2010 in which he called the killing of a South Korean woman by a North Korean solider at the North's Mount Kumgang in 2008 a "rite of passage" that was destined to happen.

Kim expressed regret over his improper comments, adding that he will be prudent about his behavior and words.

The main opposition Liberty Korea Party has said the party is opposed to confirming Kim's nomination.

Park was grilled over suspicions about the false registration of home addresses to get his children admitted to a better school. Lawmakers raised questions about his friendly attitude toward conglomerates, shown when he served as an outside director at CJ E&M.

Ocean minister nominee Moon faced questions about his false registration of his home address as well. Regarding speculation that the North Korean leader could soon visit Russia, the nominee said there is a possibility for such a trip but added that he does not have specific information.

"Since an official in charge of protocols recently visited (Russia), I do think that there is a possibility for (Kim's) trip," he said.

The nominee was referring to Kim Chang-son, an official with the North's State Affairs Commission, who is known as the "butler" of the leader. He returned home Monday after visiting Moscow and Vladivostok.

Ahead of leader Kim's trips to Singapore last June and Vietnam last month for summit meetings with U.S. President Donald Trump, Kim Chang-son traveled to the countries in advance to make logistical and protocol preparations. 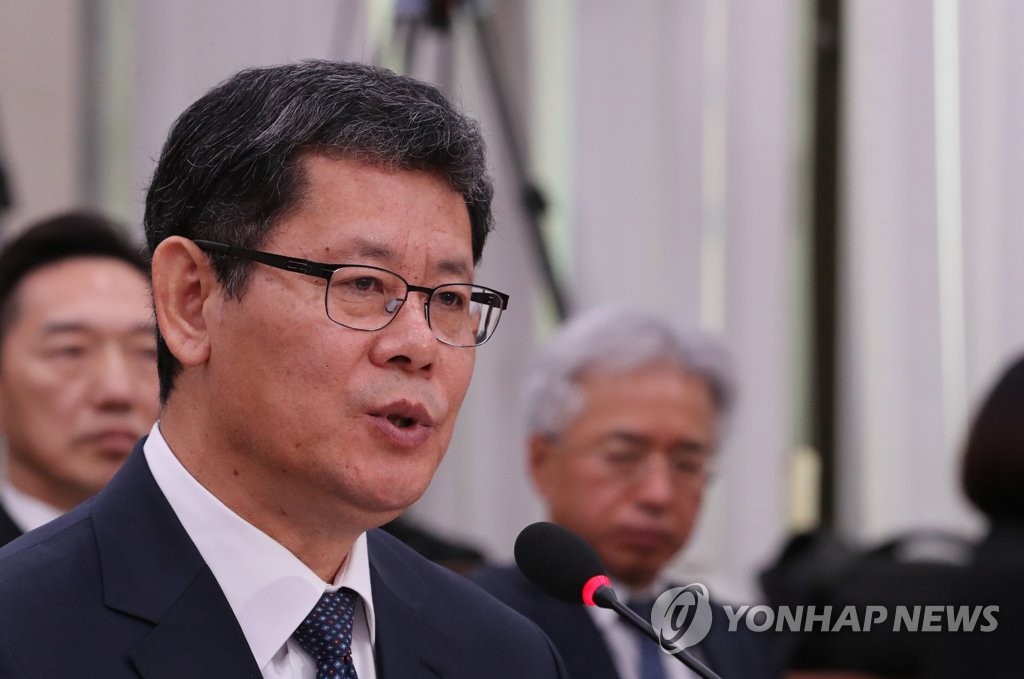