SEOUL, March 26 (Yonhap) -- South and North Korean officials held a regular meeting at their joint liaison office in the North's border town of Kaesong on Tuesday, the unification ministry said, one day after Pyongyang partially returned its staff after an abrupt pullout last week.

A total of 63 South Koreans, including nine people who crossed the border into the North earlier in the day, were to stay at the liaison office Tuesday, a ministry official said.

"Representative liaison officials (from South and North Korea) conducted their regular meeting in the morning. The number of officials from the North was the same as yesterday," the official said.

On Monday, four or five North Korean officials returned to the office and held a meeting with their South Korean counterparts, just three days after the regime withdrew all its staff members from there. The number was half of the ordinary level.

Welcoming the North's return, a Seoul official said operations at the liaison office will resume as usual. 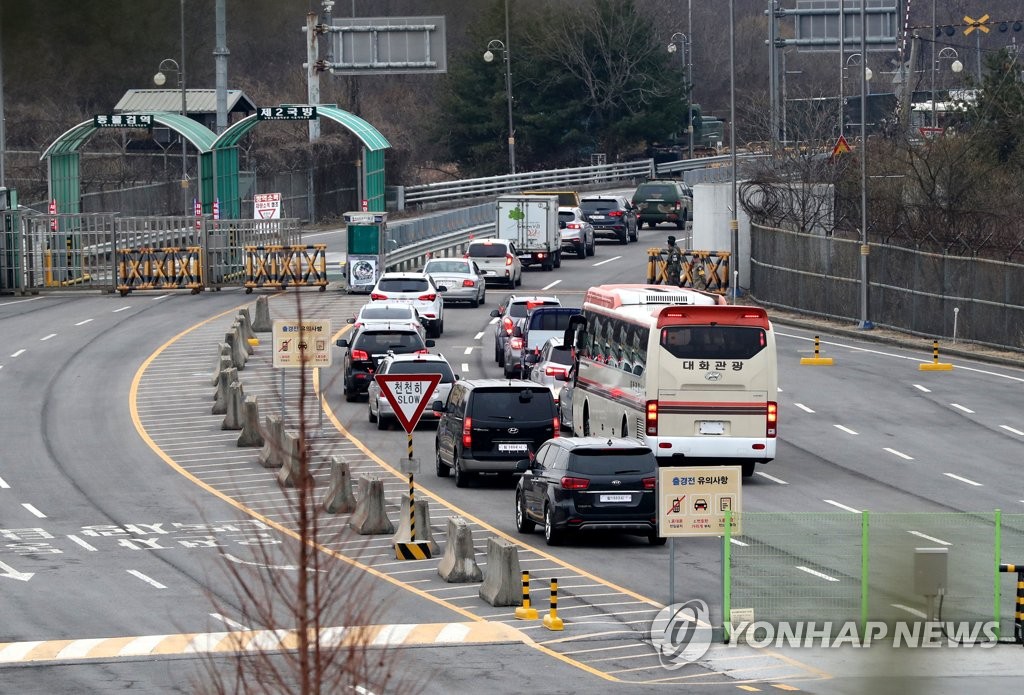