SEOUL, March 26 (Yonhap) -- The delivery of Hyundai Motor Co.'s all-new Sonata sedan has been delayed by some three weeks in order to check the vehicle's noise, vibration and harshness (NVH) issues, the company said Tuesday.

"The delivery of the new Sonata was originally scheduled to begin on Thursday but it has been pushed back to around April 10 to mitigate some complaints raised about the car when driven at highway speeds," a company spokesman said over the phone.

He said the new delivery date will allow final checkups on the car to be made. The source said the problems are not related to vehicle safety in any way and are centered on sound absorption and insulation.

Last Thursday, Hyundai took the wraps off its eighth-generation midsize sedan in its home market, with the number of preorders from March 11 through Wednesday reaching a very good 12,323 units.

Market watchers said that people tend to react differently to engine and outside noise seeping into the cabin, as well as vibration. They, however, said that for midsize family-oriented cars, such as the Sonata, good NVH characteristics are important, especially since most competitors in the segment have refined driving characteristics.

Hyundai aims to sell 70,000 Sonatas in the domestic market this year, with a plan to start shipping the new car to overseas markets in the coming months. 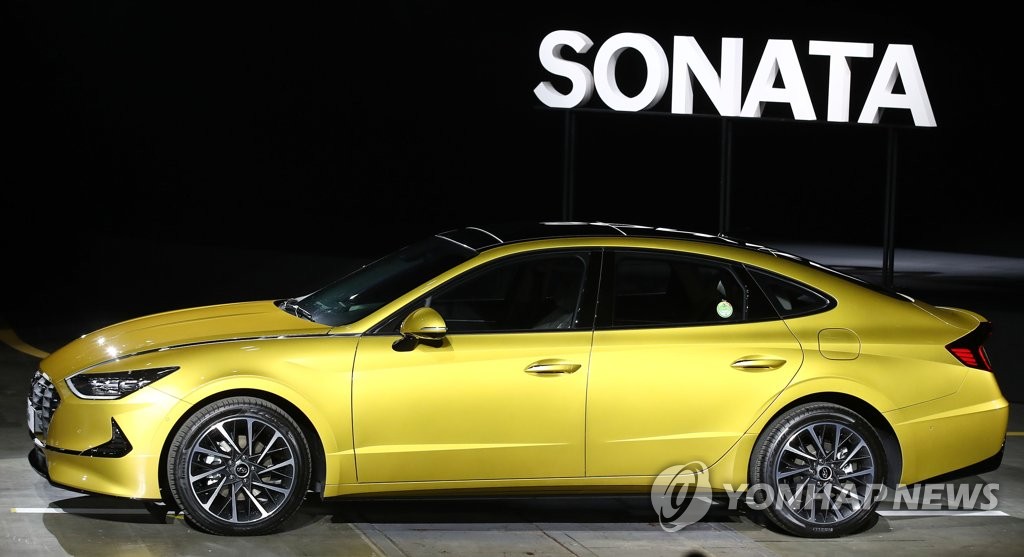