SEJONG, March 26 (Yonhap) -- The Cabinet on Tuesday approved guidelines for next year's budget that focus on, among other things, measures to revitalize the economy and bolster the social safety net.

The government plans to set aside budgetary funds for such fields as big data, artificial intelligence, the hydrogen economy, fifth-generation network services, as well as the smart factory and bio-health sectors.

South Korea has been seeking to boost the hydrogen economy and other innovative sectors as new growth engines for Asia's fourth-largest economy amid slowing exports and investment.

In January, South Korea said it will increase the number of hydrogen fuel cell electric vehicles to about 80,000 units by 2022. 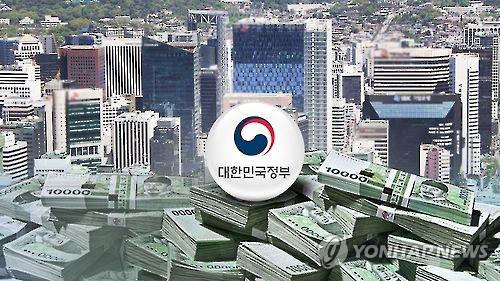 Global carmakers have been racing to go eco-friendly amid tightened regulations on greenhouse gas emissions, which scientists say are to blame for global warming.

The budget guidelines also called for measures to reduce fine dust air pollution and to scrap old diesel cars as well as increase demand for eco-friendly vehicles. South Korea has said it plans to take all diesel cars off the road by 2030 to help curb fine dust.

Fine dust has blanketed South Korea in recent weeks, prompting calls for measures to address the issue. The dust -- particles smaller than 10 micrometers in diameter -- can cause various respiratory diseases and undermine the body's immune system.

The government said it plans to set up a system to comprehensively check safety of roads and other key infrastructure facilities built decades ago.

As part of efforts to boost social safety net, the government plans to provide money to low-income people -- who have not joined employment insurance -- if they participate in programs meant to help them find jobs.

The Economic, Social and Labor Council, a presidential advisory body, recently decided to provide money that guarantees the minimum cost of living for six months to those who are below median income levels.

Details have yet to be worked out, according to the government.