SEOUL, March 26 (Yonhap) -- President Moon Jae-in held a summit with King Philippe of Belgium on Tuesday to discuss ways to bolster bilateral cooperation in a mutually beneficial and future-oriented manner.

During their meeting in Seoul, they assessed increased cooperation in such areas as chemistry, pharmaceuticals and logistics, and agreed to expand the level of cooperation into new sectors, including bio, smart city and startup, the presidential office Cheong Wa Dae said.

He previously visited Seoul four times as the crown prince of Belgium. 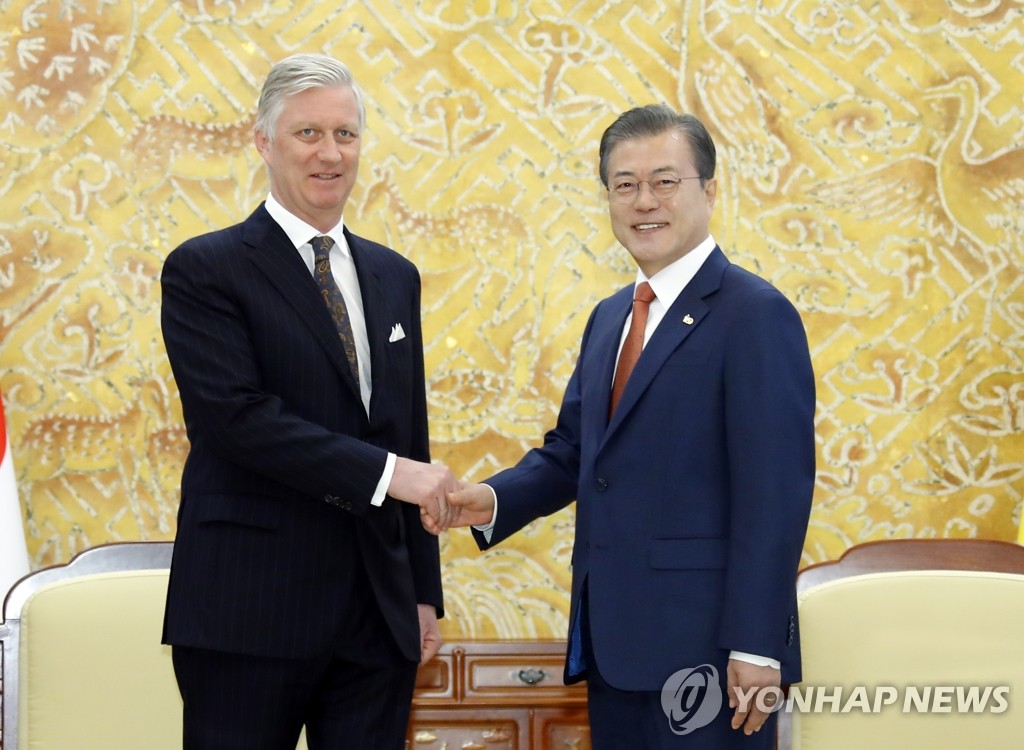 "Despite different languages and cultures, Belgium has honored diversity and maintained a high level of social integration and is leading efforts to integrate the European Union. Belgium is a country we can learn a lot from," Moon said at the start of the talks.

"Belgium's motto -- Unity is strength -- is a spirit that Koreans can share as they aspire for peaceful unification," he added.

The South Korean president also appealed for Belgium's continued support for his peace initiative with North Korea, noting Brussels currently serves as a nonpermanent member of the U.N. Security Council.

Moon expressed gratitude to Belgium's support for its efforts to bring peace to the Korean Peninsula, and in return, King Philippe pledged efforts to continue his country's cooperation in the process for peace, according to Cheong Wa Dae.
"South Korea will not forget the fact that we received great help from Belgium in espousing freedom and peace during the 1950-53 Korean War," Moon said. "We hope to open the next 100 years of peace and prosperity together."

During the Korean War, Belgium dispatched around 3,500 troops to the South, with 106 soldiers losing their lives during the conflict.

Since the two nations established their diplomatic ties in 1901, they have maintained a friendly relationship. The two leaders also positively assessed an increase in bilateral trade and investment.

Two-way trade between South Korea and Belgium came to US$4.7 billion in 2018, up more than 14 percent from $4.1 billion a year earlier.

King Philippe also expressed hope for stronger cooperation in fields where both countries have strengths, such as biotechnology.

Moon will host a state dinner for King Philippe and Queen Mathilde at the presidential office. 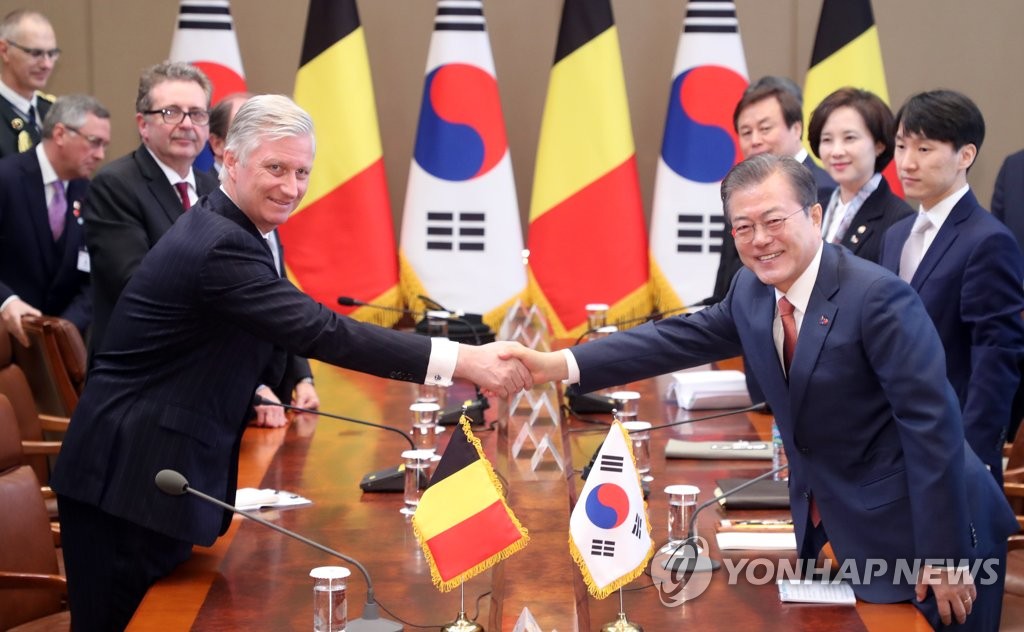