The terms of trade index for products reached 93.40 last month, down 4.1 percent from a year earlier, according to the preliminary data from the Bank of Korea (BOK).

The figure has been on a constant decline for 15 straight months since December 2017, when the index lost 3.5 percent on-year.

Moreover, the index has remained below the benchmark 100 line for the 15-month period. A reading below 100 means import prices are higher than those of exports, resulting in unfavorable terms of trade.

Income terms of trade, which gauge the total amount of goods that a country can buy for its total exports, decreased 7.2 percent on-year to a four-year low of 119.33 last month.

The decline in trade and income terms came along with sluggish exports and imports at the same time amid a world trade slowdown.

The index of exports volume slid 3.3 percent on-year to a three-year low of 127.76 in February due to a 12.0-percent drop in exports of petrochemical goods and an 8.7-percent fall in electronic devices.

The imports volume index for February reached a three-year low of 114.54 last month, down 9.7 percent from a year earlier.

The sharp decline in the import index is attributed to a 37.5-percent plunge in imports of machinery, marking the largest on-year loss since December 1998. Local chipmakers, led by Samsung Electronics Co., have been making facility adjustment efforts to deal with contracting global demand for semiconductors. 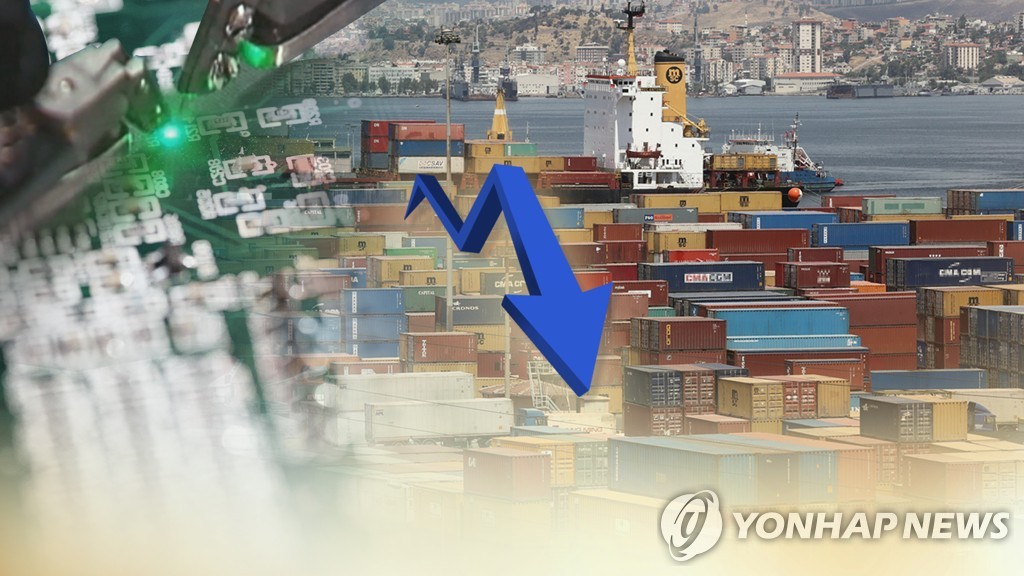 S. Korea's trade terms drop for 15th month in a row in Feb.

S. Korea's trade terms drop for 15th month in a row in Feb.