SEOUL, March 26 (Yonhap) -- Defense Minister Jeong Kyeong-doo on Tuesday expressed his gratitude to Belgium for its troops' sacrifices for the defense of South Korea during the 1950-53 Korean War.

Jeong delivered a speech during a ceremony commemorating 106 fallen Belgian troops at the War Memorial of Korea in central Seoul on the occasion of the state visit here by Belgian King Philippe Leopold Louis Marie.

"Due to their sacrifices, the Republic of Korea could develop as one of the strong countries in the world while enjoying freedom and peace. (We) express again our gratitude and respect for their sacrifices and courage," Jeong said.

"The Republic of Korea will repay them by establishing a new era of peace and prosperity on the peninsula ... We will never forget each and every one of those who participated in the war," he added. 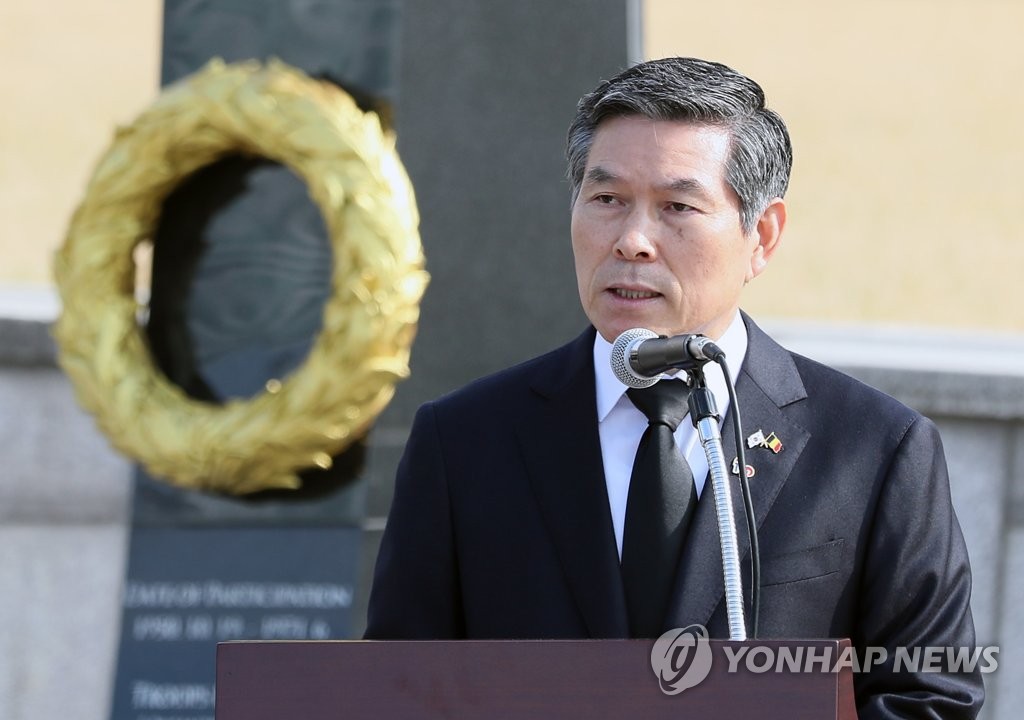 Jeong also said that his ministry will do its best to help recover the remains of nine Belgian troops and return them to their families in their home country.

During the Korean War, Belgium deployed a total of 3,498 soldiers to the South. Its troops participated in three major battles from 1951 to 1953 where the 106 soldiers lost their lives.