(ATTN: UPDATES throughout with KCNA report)

BEIJING, March 26 (Yonhap) -- A top North Korean official, believed to be Ri Su-yong, arrived in Beijing on Tuesday, apparently making a stopover on his way to Southeast Asia.

Upon reaching a VIP section of the Beijing international airport, the official was greeted by Pyongyang's ambassador here, Ji Jae-ryong, and Chinese communist party officials.

He was whisked away in a car, which later arrived at North Korea's embassy.

Diplomatic sources said the figure seems to be Ri, a vice chairman of the ruling Workers' Party of Korea, as his personal assistant was spotted in the vehicle. 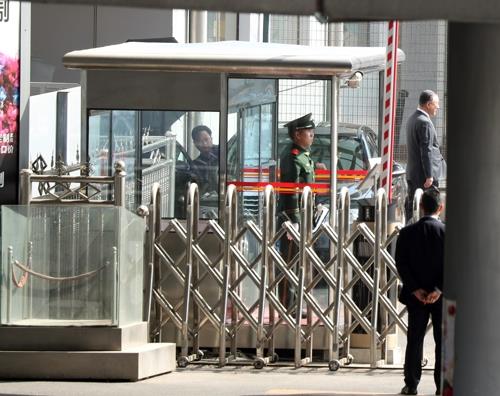 Pyongyang's state news agency, KCNA, later reported that a Workers' Party delegation, headed by Ri, had left for Laos. It did not provide details in an one-paragraph report.

Meanwhile, Stephen Biegun, the U.S. special representative for North Korea, is also reportedly in Beijing for consultations with Chinese officials.

Washington is trying to keep dialogue with Pyongyang alive despite the collapse of the summit between Kim and President Donald Trump in late February.