ULAANBAATAR, March 26 (Yonhap) -- South Korea and Mongolia agreed Tuesday to push for elevating their diplomatic ties to a strategic partnership as next year marks the 30th anniversary of the establishment of their relationship.

The agreement was made during a meeting between South Korean Prime Minister Lee Nak-yon and his Mongolian counterpart Ukhnaa Khurelsukh in Ulaanbaatar.

Lee embarked on an official three-day visit to Mongolia on Monday as part of his weeklong trip that will also take him to China.

South Korea and Mongolia established their diplomatic ties in 1990 and promoted them to a comprehensive partnership in 2011.

"Next year marks the 30th anniversary of the two nations setting up diplomatic ties. We hope the current comprehensive partnership could be promoted," Lee said.

He also expressed hope that the presidents of South Korea and Mongolia could visit each other's countries in an effort to strengthen cooperation.

Lee appealed for Mongolia's cooperation in South Korea's efforts to push for a cross-border power grid system and railway linking projects under its New Northern Policy.

Mongolia is one of the key countries in South Korea's New Northern Policy, President Moon Jae-in's diplomatic policy of improving strategic ties with Russia, Mongolia and other northern countries. 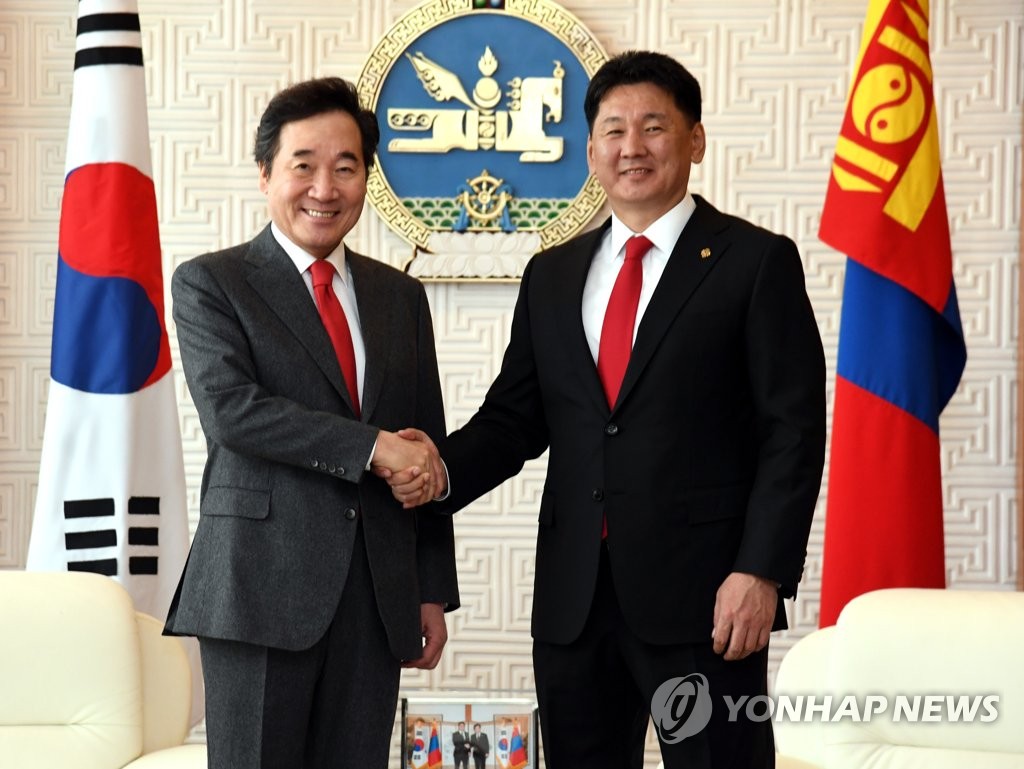