The benchmark Korea Composite Stock Price Index (KOSPI) added 3.94 points, or 0.18 percent, to 2,148.80. The index turned around from a nearly 2 percent loss Monday as U.S.-originated growth fears spread across the world.

But he noted that the sluggish U.S. chip industry weighed heavily on South Korea, which depends highly on exports of semiconductors.

Earlier in the morning, Samsung Electronics, the world's largest memory chip manufacturer, said in a filing that it is expecting weaker-than-predicted business results for the first quarter, due to a sharp decline in memory chip and panel prices.

But the losses were offset by gains from game makers, cosmetics firms and retailers. 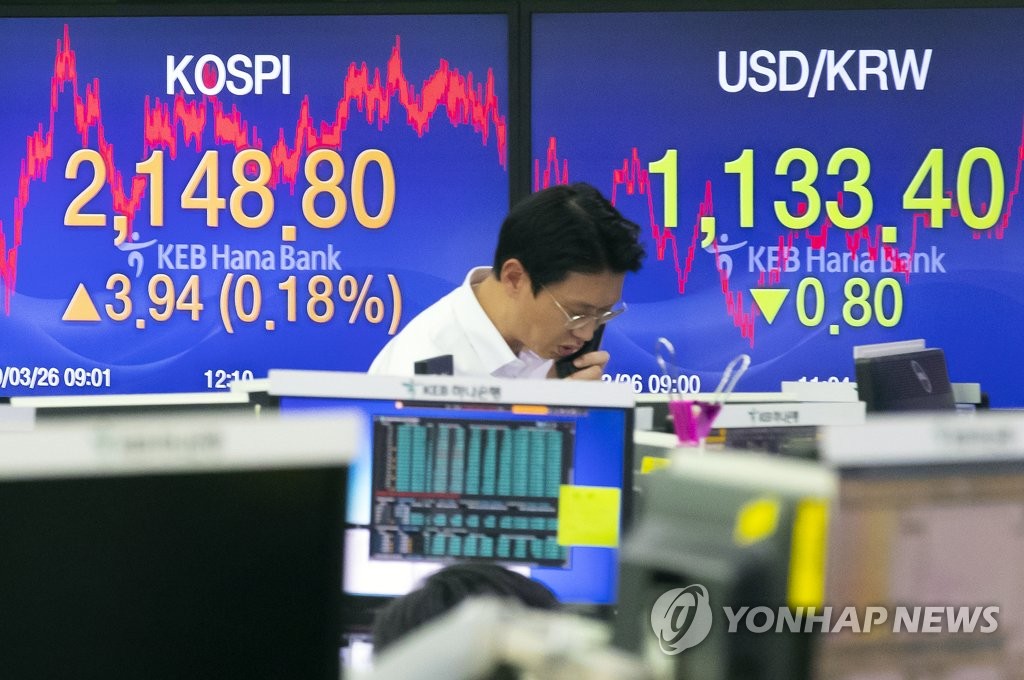