Kim Yung-moon, commissioner of the Korea Customs Service (KCS), said in a parliamentary finance committee session that the two companies are suspected of having paid lower tariffs by marking down import prices. They then sold the beer at higher prices to consumers.

He said the KCS will treat the cases "sternly" based on the results of the probe. The official did not provide details on the probe.

South Korea imposes a basic 30 percent tariff on imported beers, but the tariff rate is lowered to 3.7 percent for European beers due to Seoul's free trade agreement with the European Union.

Officials of Heineken Korea and AE Brands Korea, which is also known as Pilsner Urquell Korea, were not immediately available for comment.

Pilsner Urquell Korea was created following the merger of the Asahi and SABMiller European brands in 2017. It has individual beer brands, including Pilsner Urquell, Kozel Dark, Peroni and Grolsch. 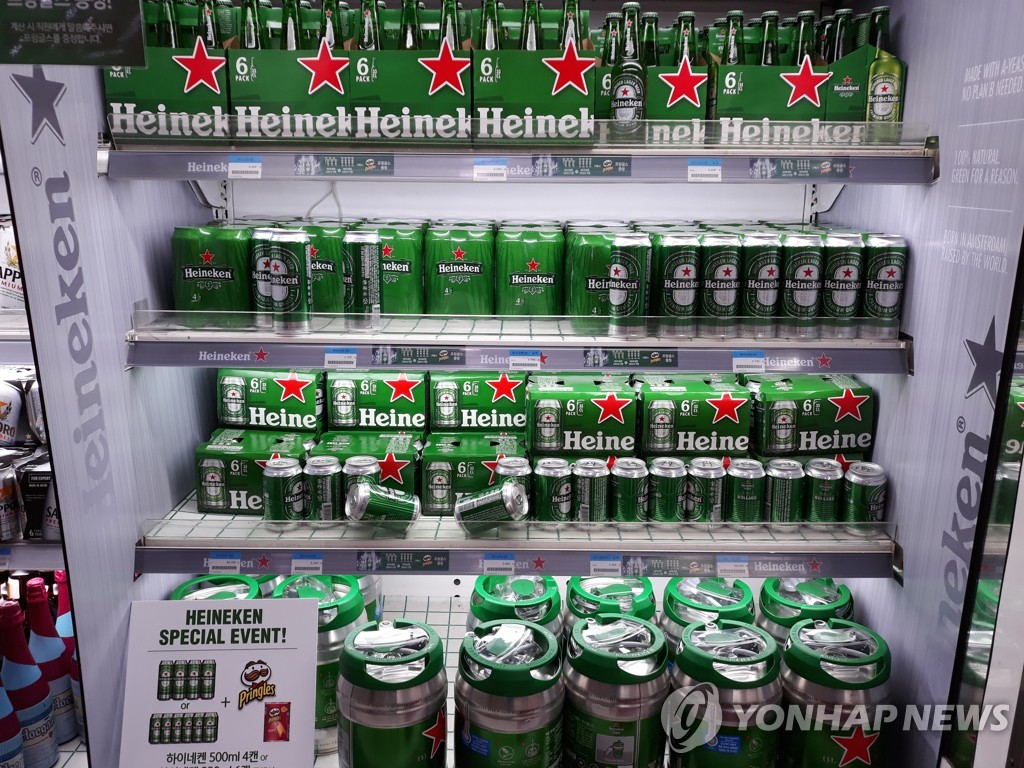