Opposition lawmakers denounced Park, a four-term lawmaker of the ruling Democratic Party, for her refusal to turn in necessary documents for the hearing.

She has come under fire as her husband belatedly paid outstanding income tax around the time of her nomination. Family issues, such as her son's dual citizenship and fake residential registration, were also highlighted.

He is known to have reaped more than 2 billion won (US$1.8 million) in profit through an investment in land, located near a building in Yongsan, central Seoul, where several tenants were killed in a blaze in 2009 during their protest against police to oppose a plan to redevelop the area.

Cho was vetted over allegations that his son may have received undue favors when looking for a job, and that the nominee may have made a speculative real estate investment. 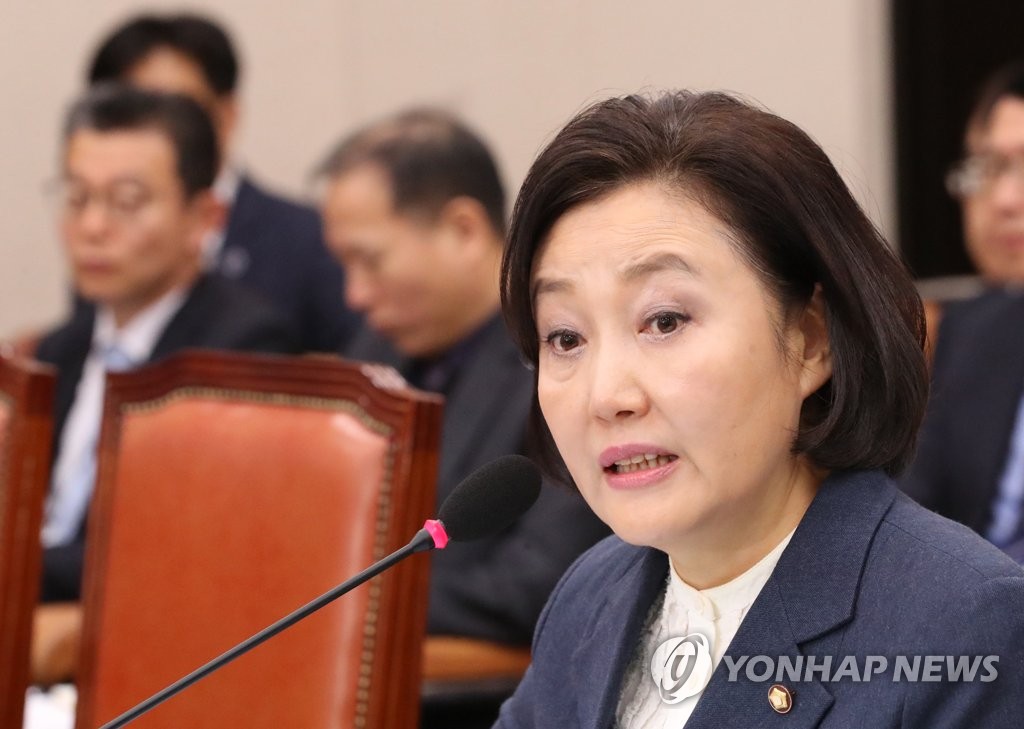