SEOUL, March 27 (Yonhap) -- A mysterious anti-North Korea group has claimed it carried out last month's raid on North Korea's Embassy in Spain and shared some information with the Federal Bureau of Investigation (FBI) of the United States.

On Feb. 22, a group of unidentified intruders broke into the North Korean Embassy in the Spanish capital, tied embassy staff up, searched the compound and ran away with computers and documents about five hours later, according to news reports.

Spain has issued two international arrest warrants for members of the group, according to reports.

On Tuesday, Free Joseon, a mysterious organization calling itself a provisional government representing North Korean people, claimed responsibility. Previously known as Cheollima Civil Defense, the group has widely been reported to be providing protection for Kim Han-sol, the son of Kim Jong-nam, the assassinated half brother of North Korean leader Kim Jong-un.

"This was not an attack. We responded to an urgent situation in the Madrid embassy. We were invited into the embassy, and contrary to reports, no one was gagged or beaten," the group said in a statement posted on its website Tuesday evening (Coordinated Universal Time).

"All occupants in the embassy were treated with dignity and necessary caution," it said.

Free Joseon said it has evidence to verify its account but said it won't reveal it at this point in order to protect its members and those seeking their help.

The group also said the second summit between U.S. President Donald Trump and the North's leader in Hanoi last month "had no relation to this operation."

No other governments were involved with or aware of its activity "until after the event," the group said, although it stated that some of the information it obtained was shared with the FBI.

"The organization shared certain information of enormous potential value with the FBI in the United States, under mutually agreed terms of confidentiality," it said. "This information was shared voluntarily and on their request, not our own." 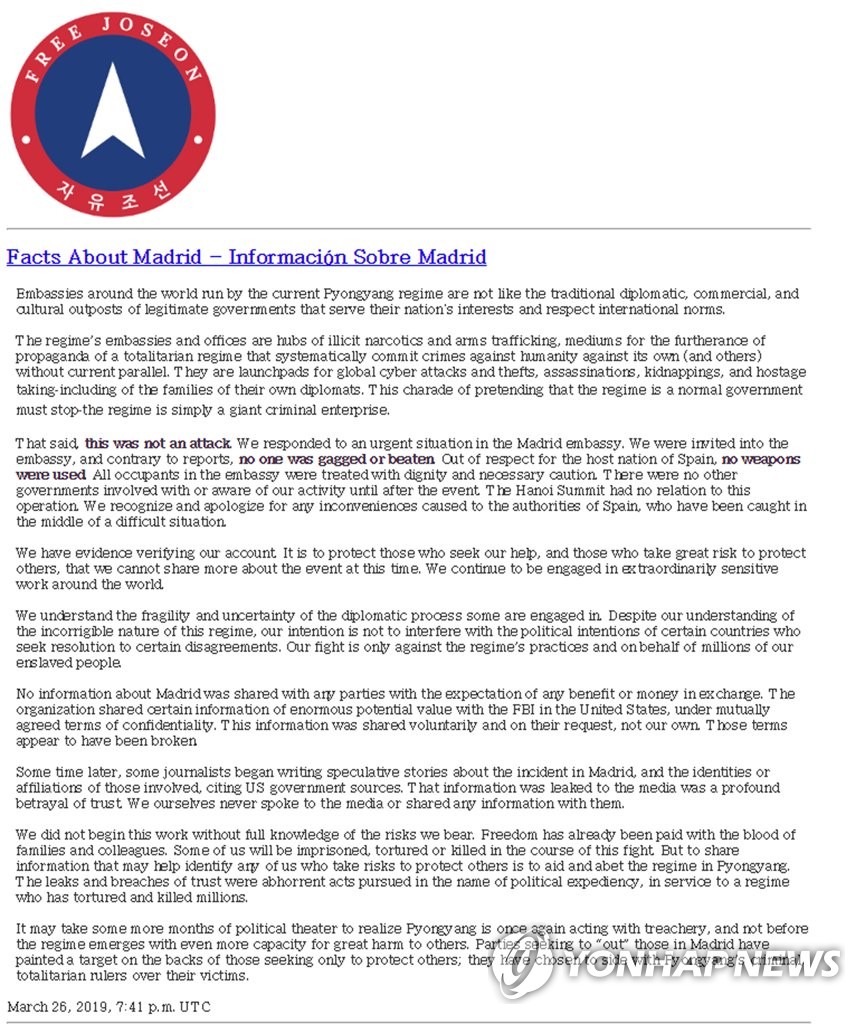 The information was leaked to the press, it said, denouncing the leak as a profound betrayal of trust.

"To share information that may help identify any of us who take risks to protect others is to aid and abet the regime in Pyongyang. The leaks and breaches of trust were abhorrent acts pursued in the name of political expediency, in service to a regime who has tortured and killed millions," it said.

A court report on the Spanish investigation cited by media reports indicated that the group first offered to share material and videos with federal investigators.

The U.S. has denied any involvement in the incident.

Among the group of intruders were nationals from Mexico, the U.S. and South Korea.

The Spanish court has named Adrian Hong Chang, from Mexico, as the leader of the intruders. NK News reported that he is a well-known North Korea activist who co-founded the refugee aid group Liberty in North Korea.

Liberty in North Korea CEO Hannah Song said in a written statement that they have "no knowledge of his recent activities," or of the break-in incident, adding that he has not been in contact with the group for over a decade.

Asked to comment on the incident, Baik Tae-hyun, Seoul's unification ministry spokesperson, also said he does not have any information on it. 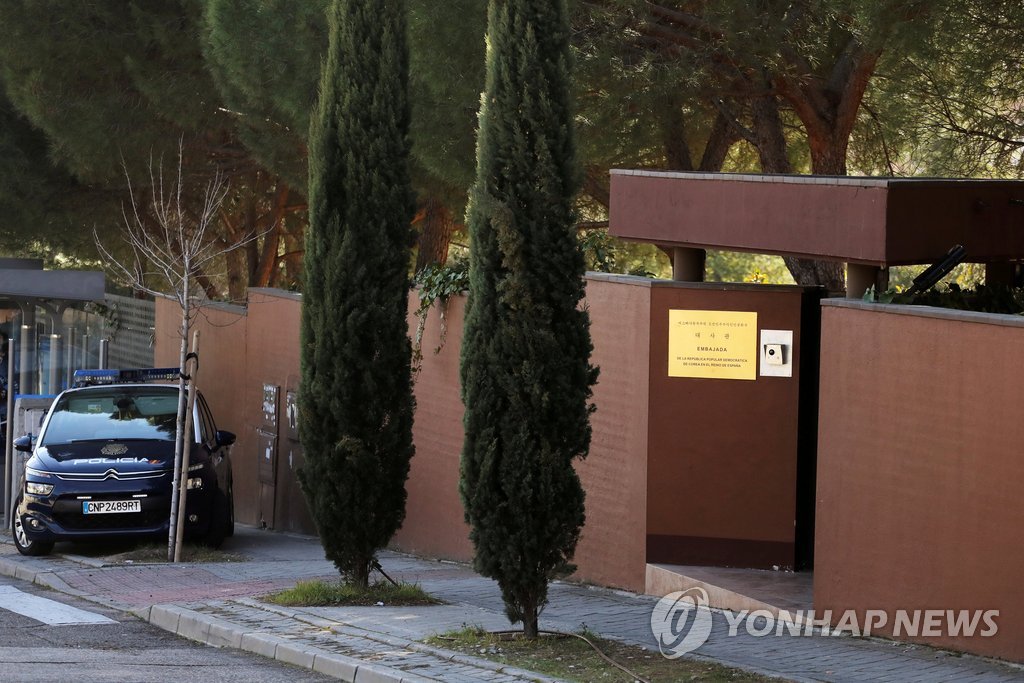