Debuting on the small screen on March 20, the Wednesday-Thursday series garnered a Content Power Index (CPI) score of 296.2 for the week of March 18-24, landing atop the weekly TV chart compiled jointly by CJ ENM and Nielsen Korea.

Starring Namkoong Min and Kim Byung-chul, the series follows an ousted university hospital doctor's pursuit of revenge against a villainous member of a chaebol family.

The elite surgeon, played by Namkoong, finds a job as a medical director at a state prison where he has the power to get people out of their sentences on medical grounds.

Kim plays the main character's boss, also a doctor, who tries to cover up his incompetence with special ties to high-status prisoners.

The series heralds Kim's second straight portrayal of a villain, following his attention-drawing role as a dictatorial father and law professor in the popular JTBC drama series "Sky Castle."

"Dr. Prisoner" screenplay writer Park Gye-ok has said its main theme is "winning against unrighteous people in an unrighteous manner against the backdrop of the large gap between the ideal and reality." 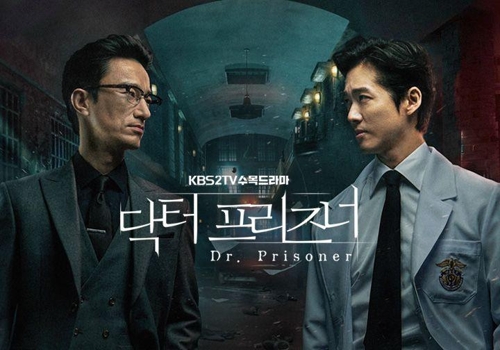 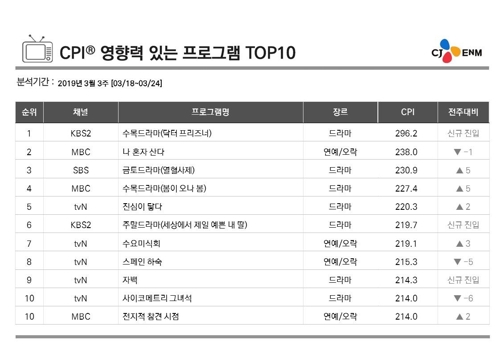 No. 2 on the weekly TV chart went to MBC's long-running variety show "I Live Alone," and No. 3 was the SBS drama series "The Fiery Priest."

JTBC, another cable network that airs some highly popular entertainment shows and dramas, is not included in the index.