WONDERBOX, based on the theme of a night-time fair, will officially open on Sunday to accommodate family-oriented customers, according to the complex operator, Paradise Segasammy Co.

The new venue includes carnival-style games and a number of rides, ranging from a bungee drop to a Ferris wheel, along with parades, the company said.

"We have strengthened the entertainment side of the theme park to seek art-tainment," Chang Wyan-ahn, Vice President of Paradise Segassamy, said in a press conference, adding that the group is aiming to lure more foreign tourists.

Asia and the Pacific region is the second most popular tourist market in the world, with an annual growth rate of 9.7 percent, according to the company

The company said it aims to bring in more tourists from Asia and the Pacific region, and even entice tourists who use Incheon International Airport to transfer to other flights.

Paradise City is located only a few minutes by car from the passenger terminal at Incheon airport, South Korea's main gateway, which handles more than 60 million passengers per year.

The new them park -- situated in a two-story building that covers an area of 3,933 square meters -- was created in partnership with global multimedia entertainment studio, Moment Factory.

The 330,000-square-meter resort -- about 46 times the size of a football pitch - encompass a new boutique hotel, Korean-style spa, high end hotels, a club, casino and a plethora of art and design-driven spaces.

The company said its annual sales target is 500 billion won. The resort attracted 1.2 million visitors in the year after its opening. 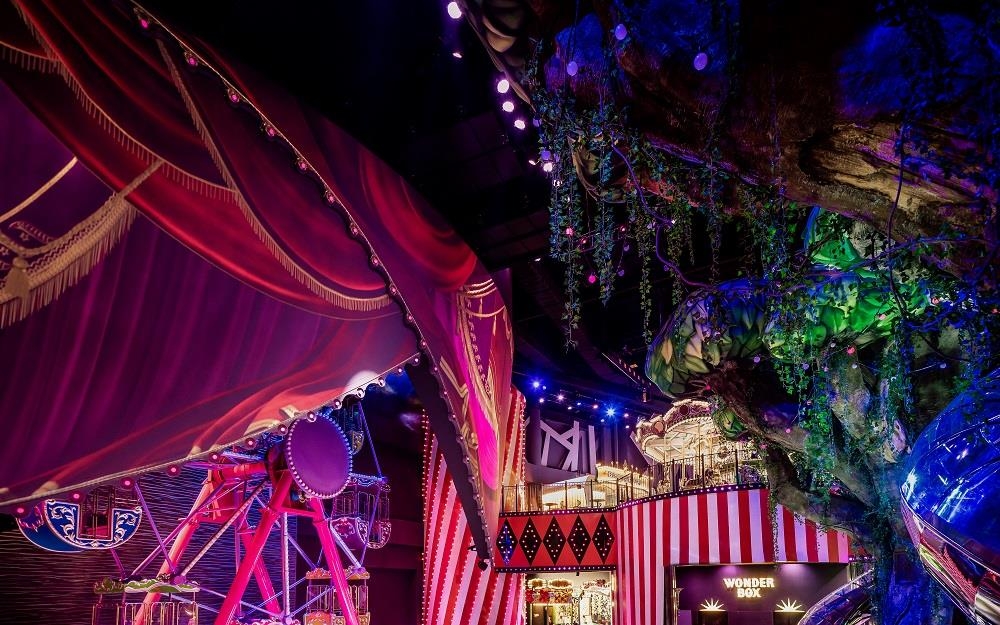