WASHINGTON, March 27 (Yonhap) -- U.S. Secretary of State Mike Pompeo said Wednesday that North Korea has yet to make the "big move" toward dismantling its nuclear weapons and ballistic missile programs.

The top U.S. diplomat was asked at a House Foreign Affairs Committee hearing whether the North's weapons of mass destruction capabilities have increased or decreased since the first summit between President Donald Trump and North Korean leader Kim Jong-un in June.

Pompeo responded that Pyongyang's suspension of nuclear and missile tests since late 2017 is a "good thing" as it reduces capability.

But the North, he said, has not taken the "big step" toward denuclearization since negotiations began a year ago.

"We have not yet seen them make the big move that we were frankly hoping that they would do in Hanoi," Pompeo said, referring to Trump and Kim's second summit last month, which collapsed without a deal.

"I'm still hopeful that we can engage and negotiate with them and get to the right outcome," he said, holding out the prospect of a "brighter future" for the North Korean people if denuclearization is achieved. "It's time to see real action in that regard." 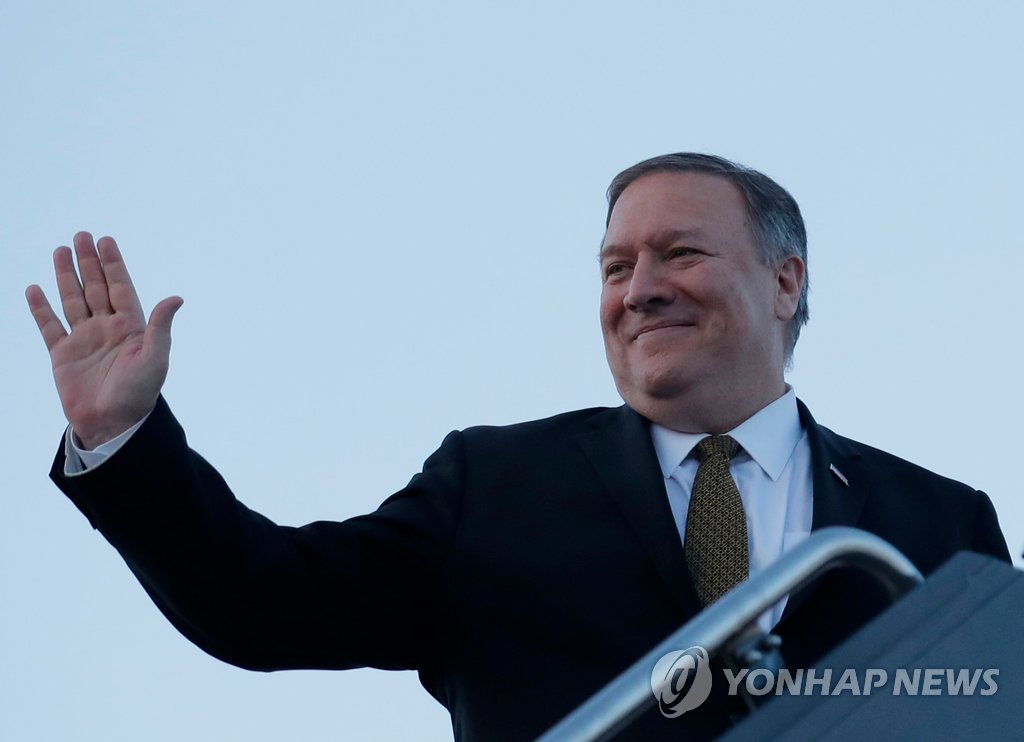 The Hanoi summit reportedly broke down due to disagreements over the scope of North Korea's denuclearization and sanctions relief from the U.S.

The North has demanded the removal of sanctions imposed by the United Nations Security Council over its nuclear and missile programs.

Pompeo insisted that the U.S. will continue to enforce those sanctions and encourage other nations to do so as well.

"Our diplomatic efforts toward the final, fully-verified denuclearization of North Korea are the most successful that have ever been undertaken," he said in a written statement to the House Appropriations Committee before testifying on the State Department's 2020 budget request earlier Wednesday.

"We remain committed to that goal. This budget provides for our diplomatic outreach to continue, and to continue implementation and enforcement of sanctions until we achieve our objective," he added.

At the Foreign Affairs Committee hearing, Pompeo appeared to dodge a litany of questions that disparaged the U.S. and North Korean leaders.

Trump announced last week that he had canceled additional sanctions on North Korea, sparking confusion as to which measures he was referring to.

Asked whether the president discussed the announcement with the State Department in advance, Pompeo said there are ongoing conversations about sanctions on various countries including Venezuela, Iran and China.

Pressed on whether the North Korean leader is responsible for labor camps in the North and the assassination of Kim's half-brother, Pompeo said simply, "He is the leader of the country."

And asked if Kim was responsible for the death of American college student Otto Warmbier, the secretary cited Trump's earlier statement that accountability lies with the North Korean regime.

He sounded defiant when asked what there is to like about Kim -- a reason the White House gave for Trump's withdrawal of sanctions.

"Don't make this a political football. It's inappropriate to do," Pompeo said.