WASHINGTON, March 27 (Yonhap) -- North Korea's nuclear and missile activities have been "inconsistent" with its pledge to denuclearize, the commander of U.S. forces in South Korea said Wednesday.

Army Gen. Robert Abrams, commander of the 28,500-strong U.S. Forces Korea, gave the assessment during a hearing before the House Armed Services Committee.

He was asked whether there has been any change in North Korea's production of nuclear weapons material and missiles.

"Their activity that we've observed is inconsistent with denuclearization," the general said. 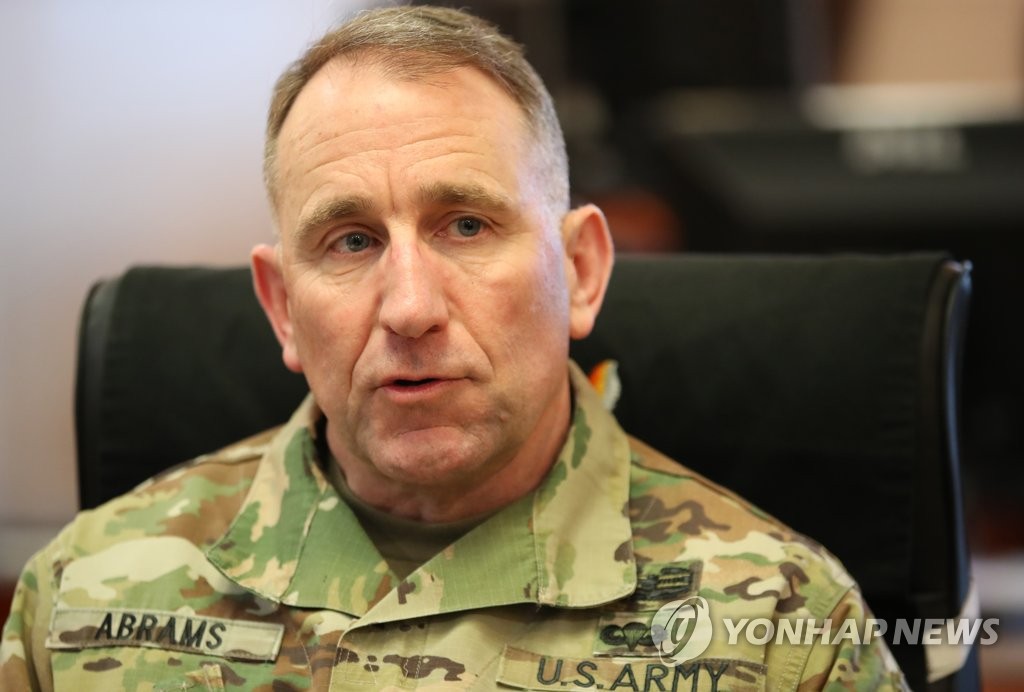 Speaking at the same hearing, Randall Schriver, assistant secretary of defense for Indo-Pacific security affairs, added that the U.S. has yet to see "any progress to speak of" when it comes to the North's denuclearization.

"We're disappointed that they haven't come to the table in a serious manner," he said.

The meeting ended without any accord despite hopes of advancing an earlier agreement reached at the first summit in Singapore in June to work toward complete denuclearization of the Korean Peninsula in exchange for U.S. security guarantees.

Abrams did note the reduction in tensions on the Korean Peninsula over the past 14 months, saying there is a "palpable air of calm."

Still, he warned that the current level of intelligence and surveillance resources may not be enough to deal with North Korea should relations deteriorate.

"If they change negatively, then our stance and our posture is not adequate to provide us an unblinking eye to give us early warning and indicators," he said.