SEOUL, March 28 (Yonhap) -- Last month's raid on the North Korean Embassy in Spain is unlikely to affect the nuclear talks between Washington and Pyongyang despite the alleged intruders' claim that they shared stolen information with the United States, experts said Thursday.

On Feb. 22, a group of intruders broke into the North Korean Embassy in Madrid, tied embassy employees up, searched the compound, and ran away with computers and documents about five hours later, according to news reports. Among the group of intruders were nationals from Mexico, the U.S. and South Korea.

On Tuesday, Free Joseon, a mysterious anti-North Korea group, claimed responsibility for the break-in and said it shared some of the information obtained from the embassy with the U.S. Federal Bureau of Investigation (FBI) on "their request."

The U.S. has denied any involvement.

Experts said the case is unlikely to have a major impact on the nuclear talks as the two sides agree on the need to keep the dialogue mood alive.

"When their relations are bad, this could be a good card to use to criticize the U.S., but when the North thinks dialogue is necessary, they can overcome this kind of challenge," said Shin Beom-chul, a senior fellow at the Asan Institute for Policy Studies.

Yang Moo-jin, a professor at the University of North Korean Studies in Seoul, also said the North is unlikely to use this event to criticize the U.S, though it could address the issue through an official channel at some time.

"At this point, North Korea will be closely watching how the Spanish authorities deal with the event and how the U.S. reacts to it," Yang said.

The raid took place just five days before the second summit between U.S. President Donald Trump and North Korean leader Kim Jong-un in Hanoi last month, but Free Joseon said the Hanoi summit "had no relation to the operation." 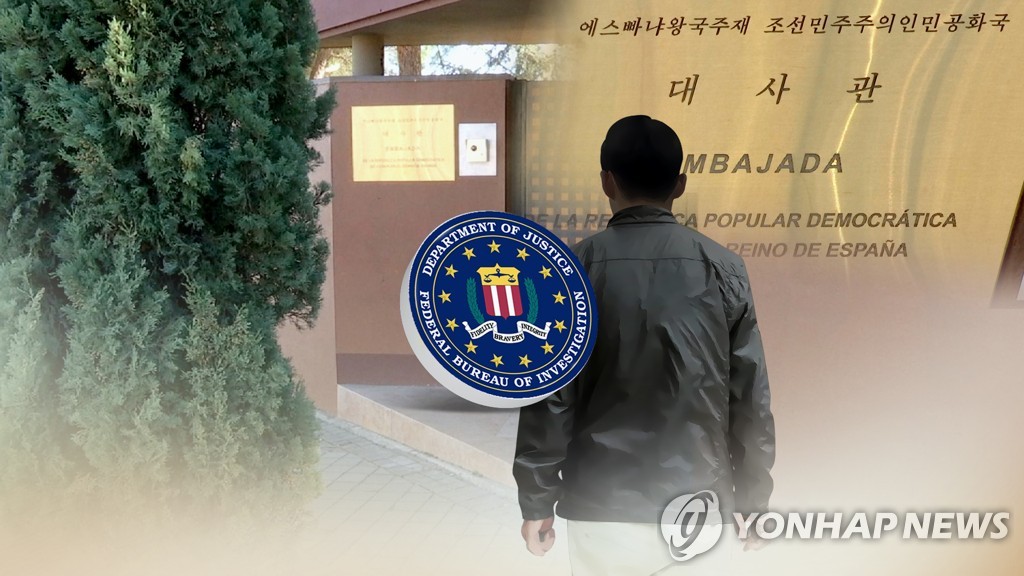 Free Joseon, previously known as the Cheollima Civil Defense, has widely been reported to be providing protection for Kim Han-sol, the son of Kim Jong-nam, the assassinated half brother of North Korean leader Kim Jong-un.

In a statement posted on its website Thursday, Free Joseon said it consists of members both in and outside North Korea, and is committed to ending the Kim family's hereditary succession.

"Together with our revolutionary comrades inside North Korea, we will rock the Kim Jong-un regime down to its roots with action," the group said in the statement.

Free Joseon, however, said it has never made any connections to or had phone talks with North Korean defectors living in South Korea due to security reasons.

The group also said its action groups have suspended operations targeting the North's regime because of a flurry of "speculative news reports" attacking the group.