NEW YORK, March 28 (Yonhap) -- On March 1, some 50 Korean people, including a vice consul general in New York, gathered in front of a small epitaph at the western edge of Mount Olivet Cemetery amid snow flurries.

Earl K. Whang is the English name of Whang Ki-whan, who was dispatched as a Korean representative to the Paris Peace Conference to regain Korea's independence during the period of Japanese colonial rule. The meeting, also known as Versailles Peace Conference, was organized by the victors of World War I in January 1919 to negotiate the peace treaties between the Allied Powers and the defeated Central Powers.

Whang was born in Suncheon, South Pyongan Province, which is now in North Korea, and went to the United States in 1904, when he was in his late teens. 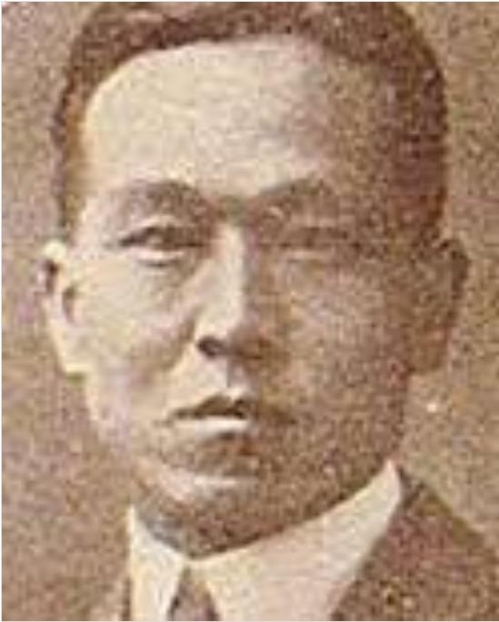 He voluntarily joined the U.S. army when the U.S. declared its participation in World War I in 1917, and took charge of rescuing wounded soldiers at frontlines in Europe.

The war ended in November 1918, and Whang joined the Korean Representative to the Paris Peace Conference in early June of 1919 at the suggestion of its leader, Kim Kyu-shik, who was in charge of international affairs at the Korean exile government in Shanghai at that time and became the vice president of the interim government in 1943.

Whang and other officials at the Representative pleaded for Korean independence at the conference, but no other countries showed interest in it until the conference closed on June 28 that year.

Later, the Korean Representative was reorganized as the Korean Committee, and Whang was appointed as its secretary-general.

Whang became the actual leader of the committee, since Kim went to the U.S. in August, and carried out brisk diplomatic activities for Korean independence.

"(Koreans) will fight against Japan until we achieve our independence," Whang said at a meeting of the French Geographical Society in January 1920.

In an interview with the French newspaper La Petite République, he said, "What (Koreans) are calling for is not autonomy or the reform that Japan insists on but the transfer of the sovereignty Japan has robbed from us to the Korean exile government." 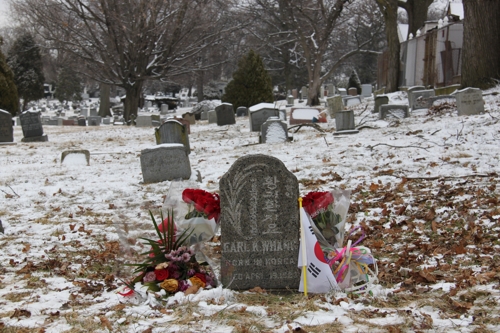 He also published a magazine, dubbed La Coree Libre, and distributed it to news organizations, government officials and scholars in European countries.

In the preface of the magazine, Hwang wrote, "Our purpose (in publishing this) represents struggles to recover our mother country's independence."

He persuaded the British government not to repatriate wandering Korean workers, who happened to come to Britain via Russia and the North Sea in 1919, and helped 35 of them settle in France.

After serving at the committee for about two years, Whang went to the U.S. at the call of Rhee Syngman, who was then preparing for the Washington Conference, which was held in Washington in November 1921 to handle issues that were not solved at the Paris Peace Conference. Rhee became the first president of South Korea in 1948.

It's just 11 years ago that his grave was found at the West Lawn of Mount Olivet Cemetery. 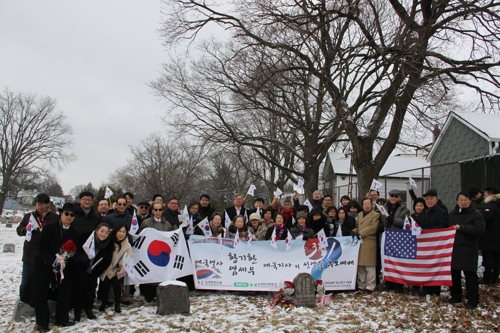 His grave had been forgotten for nearly a century as he was unmarried and thus had no bereaved family members.

Pastor Chang Cheol-woo of the Korean Church in New York found his grave at the cemetery while tracing the graves of Korean workers who migreated to the U.S.

"Whang Ki-whan was a national speaker who made known the appropriateness of the independence of Korea, which lost national rights under the Japanese colonization," pastor Cho Won-tae said during the memorial service at his grave on March 1, when South Korea celebrated the centennial of the March 1, 1919 independence movement.

The Korean government awarded an order of merit to Whang in 1995.