Lee delivered a keynote speech at the opening ceremony of the Boao Forum for Asia held on China's tropical island of Hainan. He is on a weeklong trip to Mongolia and China. 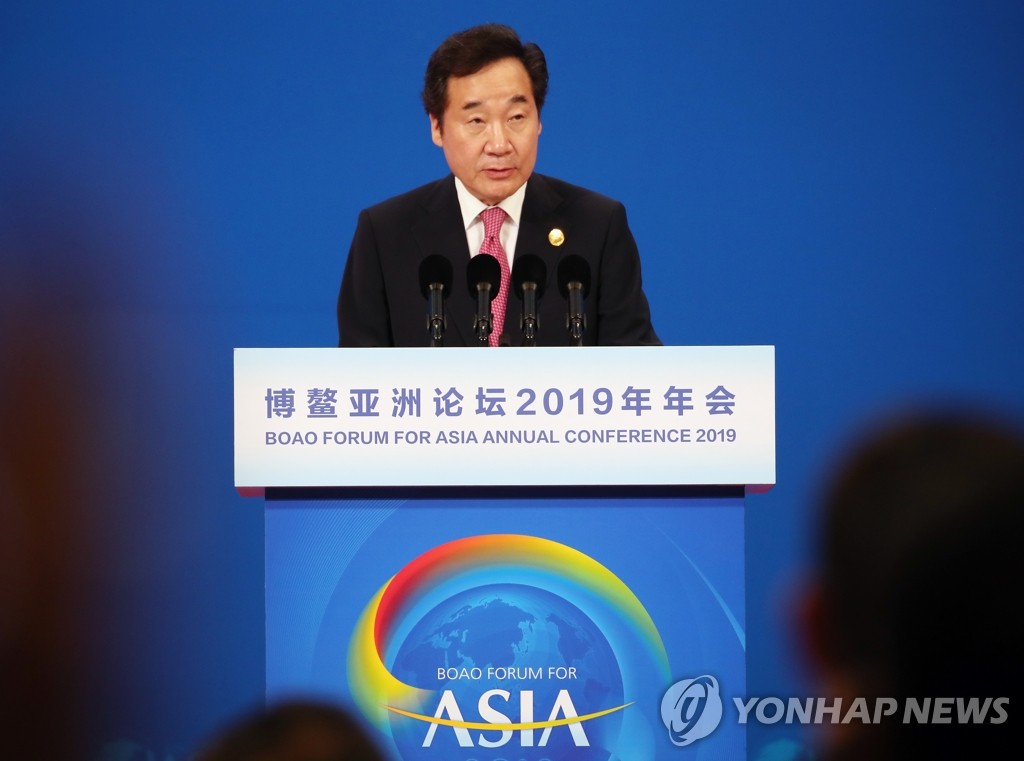 "The two Koreas and the United States remain on course for dialogue. I would like to express my appreciation for China, Japan and Russia's support (over the North Korea issue) and hope they continue to play a meaningful role," Lee said.

His speech came as U.S. President Donald Trump and North Korean leader Kim Jong-un ended their February meeting in Hanoi without any agreement due to their gap on the scope of denuclearization and sanctions relief.

"It is regrettable that (the denuclearization talks) stand at a deadlock. But I believe the Korean Peninsula will continue on the path to peace despite a rocky road ahead," he noted.

"(I propose that) Asian countries cooperate more smoothly on issues, such as the reduction of fine dust," Lee said.

South Korea is grappling with heavy fine dust as the intensity and frequency of the air pollution has recently increased. A large part of fine dust is believed to blow in from China.

As part of such efforts, President Moon Jae-in appointed former U.N. Secretary-General Ban Ki-moon as the chief of a new agency designed to address the issue.

On the sidelines of the forum, Lee held talks with his Laotian counterpart Thongloun Sisoulith to discuss ways to strengthen bilateral cooperation, his office said.

Lee said Seoul will continue to provide Laos with support for the reconstruction of areas devastated by flash floods caused by a dam collapse last year. A South Korean builder is a partner for a hydropower dam construction project there.

South Korea seeks to improve ties with the 10-member Association of Southeast Asian Nations (ASEAN) and India under the New Southern Policy. 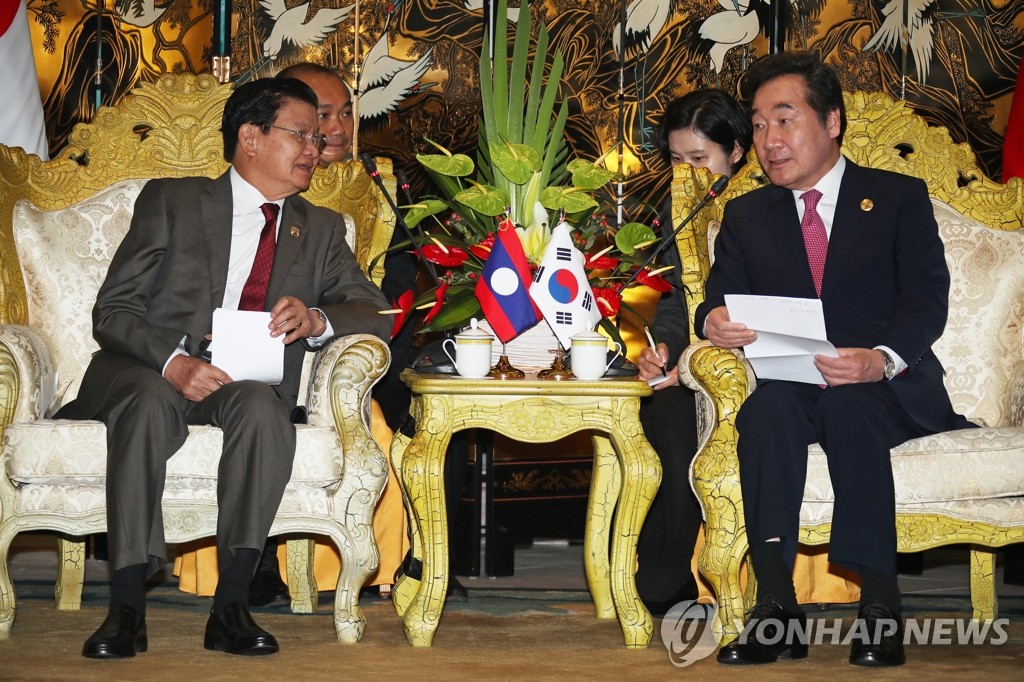 In a separate meeting in Boao, Lee and Luxembourg Prime Minister Xavier Bettel agreed to join hands in future-oriented industries such as information and communications technology, fintech and aerospace.

The two leaders also talked about ways for talented South Korean workers to get jobs in the European nation as it wants to attract talented foreigners in finance, healthcare and other areas.

As part of the efforts, the two sides will have further discussions on the bilateral working holiday partnership.

It was the second Lee-Bettel meeting following the Luxembourg prime minister's visit to Seoul in July last year. 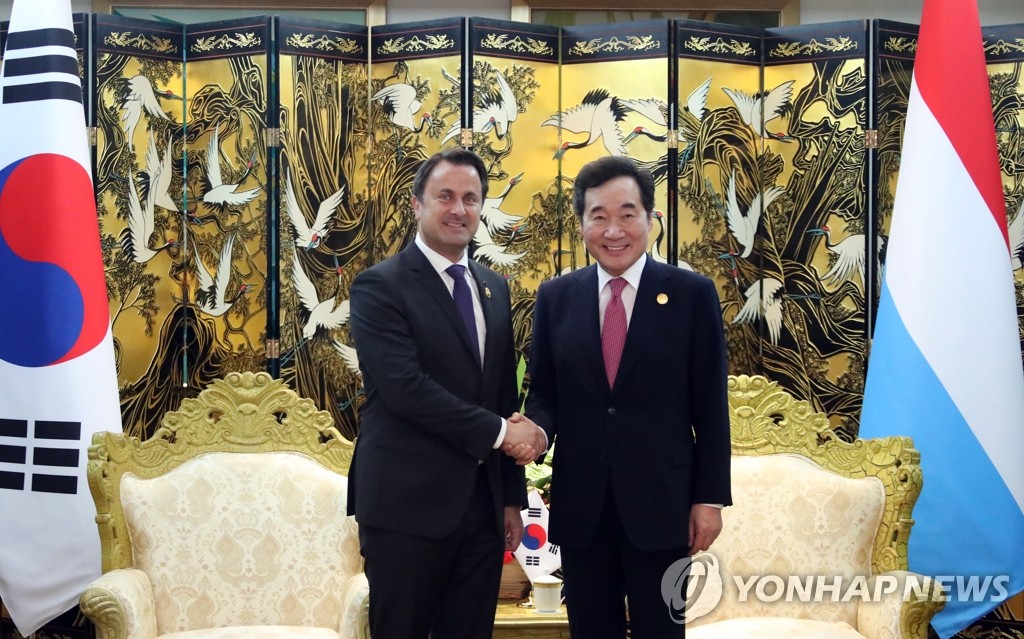