SEOUL, March 28 (Yonhap) -- Kumho-Asiana Group said Thursday its chairman will resign from key managerial posts, holding himself responsible for the recent controversy over an audit report for Asiana Airlines Inc.

Park Sam-koo will step down as group chairman and CEO of flagship Asiana Airlines and Kumho Industrial Co., the group's holding company. He will also stand down as a director of Kumho Buslines.

"Park made the decision to take responsibility for the audit uproar that sparked chaos in the market," the group said in a statement. "The largest shareholder will make every effort to normalize Asiana Airlines at any cost."

Kumho-Asiana said it will tap an outside manager as group chairman as early as possible to put the ailing airline back on track. Group Vice Chairman Lee Won-tae will chair an emergency committee and take charge of group affairs, for the time being, to prevent a managerial vacuum, it added. 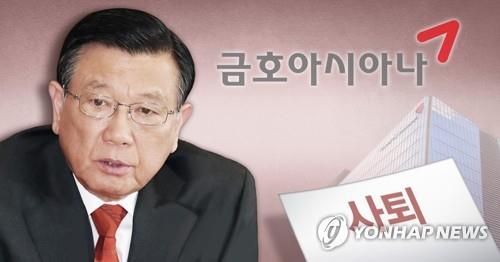 Shares of Asiana Airlines, the smaller of South Korea's two full-service carriers, surged 2.92 percent to close at 3,520 won (US$3.1) on the Seoul bourse.

Park's decision came after Asiana Airlines' auditor, Samil PricewaterhouseCoopers, on Tuesday upgraded its opinion on the airline's 2018 annual report to "unqualified" from a "qualified opinion" issued four days ago.

Kumho Industrial also received a qualified opinion. Trading of shares in the two companies were suspended from Friday to Tuesday.

An independent auditor issues a qualified opinion when it finds something wrong with the financial statements of a company or the company refuses to submit requested documents.

Analysts warned that a lack of reliability in Asiana's financial reports may restrict its access to capital markets and lead to a liquidity crunch.

Testifying before a parliamentary committee earlier on Thursday, Lee said the state lender will renew its memorandum of understanding (MOU) on the improvement of Asiana Airlines' financial health in early April.

"Luckily, the auditor's opinion on Asiana Airlines was recovered to qualified, but the controversy dented market confidence," Lee said. "We will hold close consultation with the airline to sign a new deal that calls for thorough implementation of self-rescue measures and may help regain investor confidence." 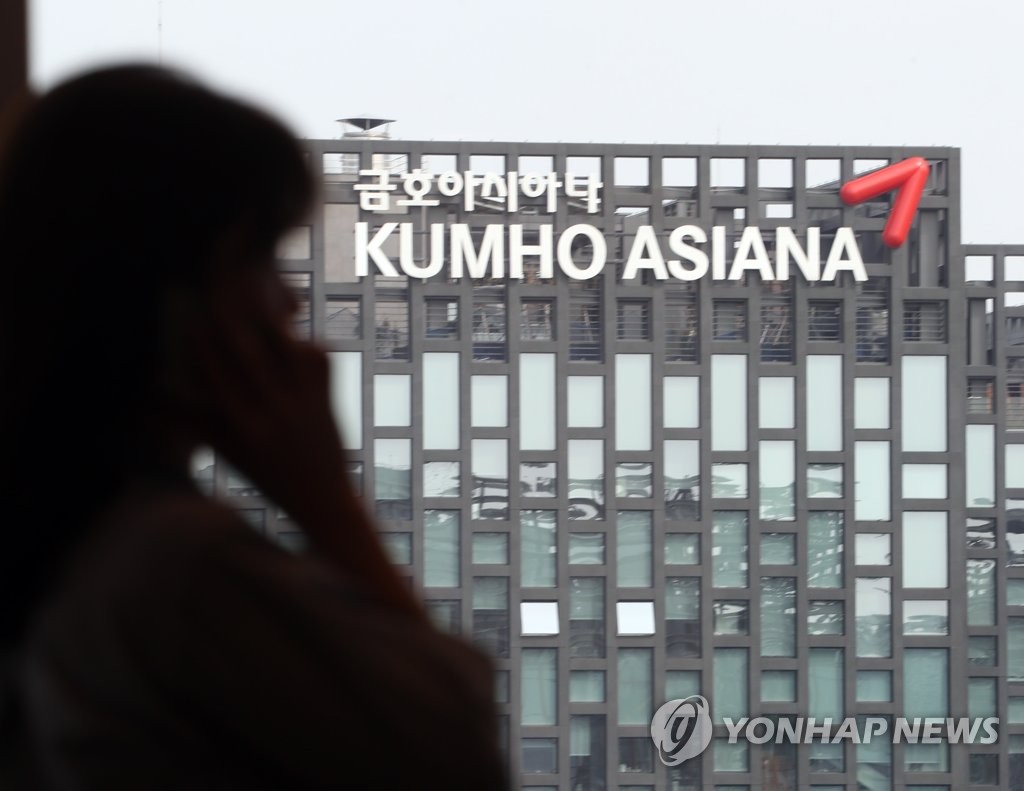 On April 6, 2018, the KDB, Asiana Airlines' main creditor bank, signed the MOU requiring the carrier to secure liquidity through sales of noncore assets and issuance of convertible and perpetual bonds.

Asiana owes 3.2 trillion won ($2.8 billion) to financial institutions and it has to repay 1 trillion won of the total this year, according to the company.

The carrier's debt ratio came to 504.9 percent as of end-2018, down 83 percentage points from a year ago, helped by 1.09 trillion won in debt repayment and proceeds from asset sales.
(END)