SEOUL, March 28 (Yonhap) -- Opposition parties on Thursday harshly denounced the presidential spokesman's belated disclosure of a large-scale real estate purchase with a huge loan, calling it "an act of speculation."

The comments followed earlier news reports that presidential spokesman Kim Eui-kyeom bought a building in western Seoul for about 2.6 billion won (US$2.28 million) in July last year by mobilizing a loan of 1.6 billion won. The building belongs to a lucrative urban redevelopment zone.

Notable is that the deal was made at a time when the government announced a barrage of tough measures against overheated real estate speculation, especially in redevelopment areas.

"It's nothing but speculation, for all to see, that Kim bought the real estate purchase with a huge debt," Rep. Jun Hee-kyung, a spokeswoman of the main opposition Liberty Korea Party, said.

Meanwhile, Kim asserted that the deal was not speculation but for his retirement plan, noting that for decades he has never owned a house. 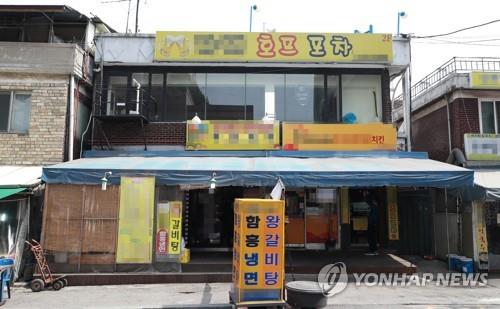