SEOUL, March 29 (Yonhap) -- South Korea kicked off two-day early voting Friday for next week's parliamentary by-elections, which could be a barometer of public sentiment ahead of the 2020 general elections.

Eligible voters can cast ballots for the April 3 elections in two districts in South Gyeongsang Province, located in the country's southeast region, from 6 a.m. to 6 p.m. through Saturday, according to the National Election Commission.

The constituencies up for grabs lie in Changwon, 400 kilometers southeast of Seoul, and Tongyeong-Goseong, 450 km southeast of the capital.

Liberal politicians usually receive strong voter support in Changwon. Except for in 2012, three liberal candidates have been selected in general elections since 2004. Conservative contenders have held firm in Tongyeong on the southeast coast.

Earlier this week, the ruling Democratic Party (DP) and the leftist Justice Party filed a single candidacy in an effort to muster liberal votes.

Yeo Young-guk of the minor party will run in the Changwon district. The parliamentary seat has been vacant following the suicide of progressive lawmaker Roh Hoe-chan of the Justice Party.

The chiefs of the DP and the LKP will travel to the province Friday to make a last-ditch effort to attract voters.

The governing party plans to win over voters by highlighting its drive to boost the regional economy in the province.

The conservative LKP is pushing to bash the liberal government's economic policy as the province, the manufacturing hub for the auto and shipbuilding industries, is bearing the brunt of the economic downturn. 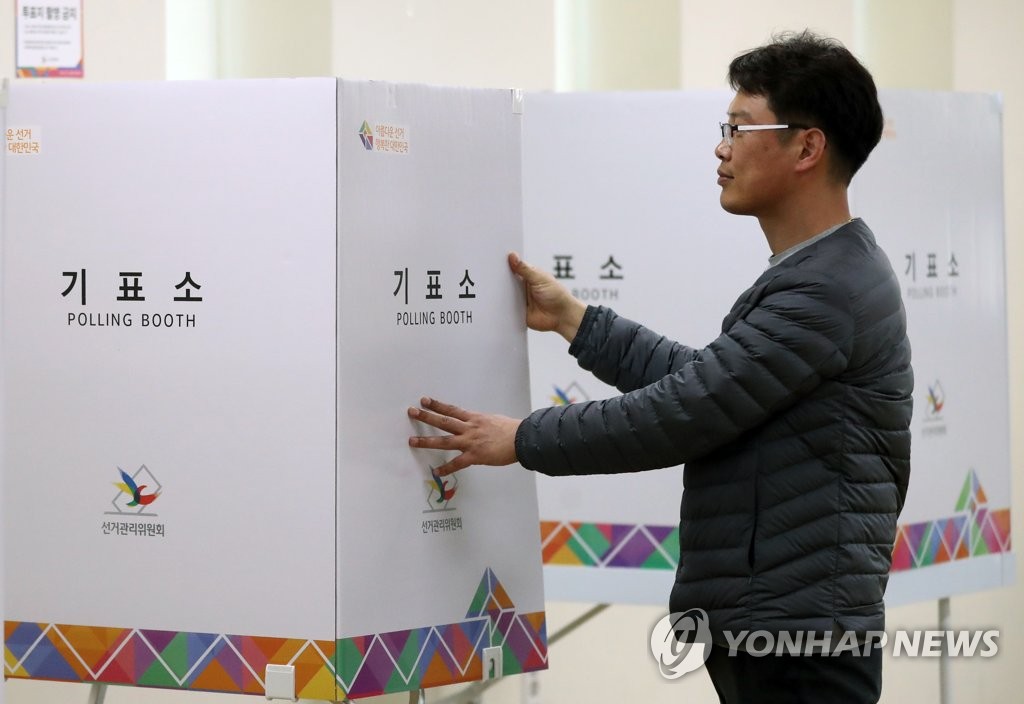