They arrived at the 17th Fighter Wing in Cheongju, 140 kilometers south of Seoul, at 2:35 p.m. after several stopovers for refueling following their departure from Luke Air Force Base in Arizona last Friday, the Defense Acquisition Program Administration (DAPA) said.

The date for their full operational deployment has yet to be decided, but a ceremony to publicize their introduction is expected to take place next month or in May, DAPA said. The two fighters are among the six F-35As that the Air Force had received in the U.S. until last year.

"We expect (the F-35As) to enhance the Air Force's operational capabilities in response to the neighboring countries' introduction of stealth fighters, and to strengthen the readiness posture against threats from all directions," DAPA chief Wang Jung-hong said.

In 2017, South Korean Air Force pilots began receiving training on the operation of the fifth-generation warplane.

The F-35A fighter is expected to serve as a centerpiece of South Korea's strategic targeting scheme against potential enemy forces. It can fly at a top speed of Mach 1.8 and carry top-of-the line weapons systems, such as joint direct attack munitions.

In January, the Rodong Sinmun, the newspaper of the North's ruling Workers' Party, warned that the introduction of the F-35As could spoil the atmosphere of efforts to improve inter-Korean military ties. 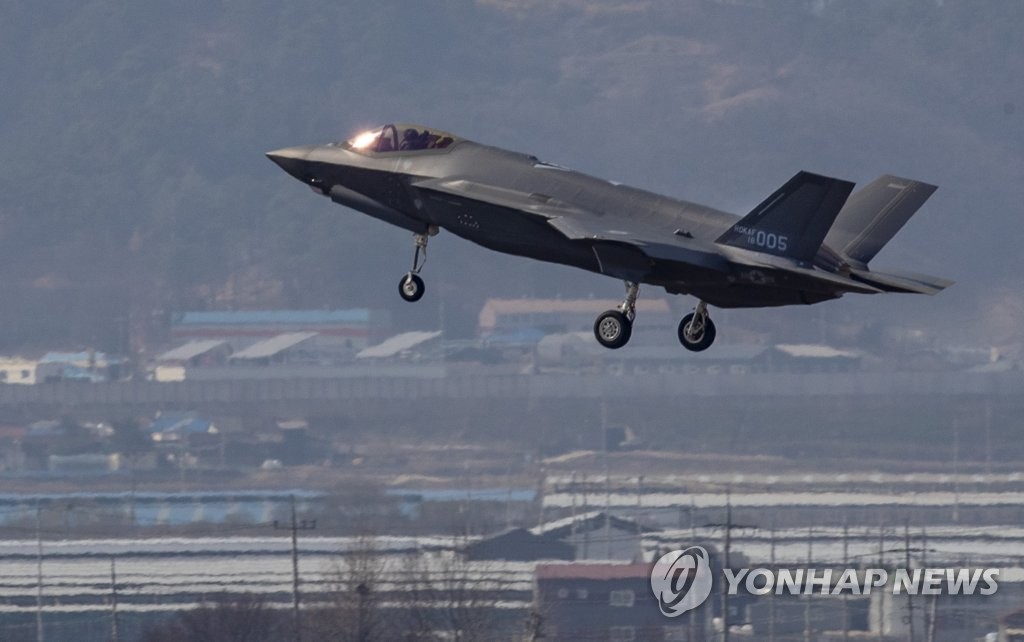