In talks with Foreign Minister Kang Kyung-wha in New York on Thursday (local time), he pointed out that both North Korea and the United States have expressed their willingness for dialogue despite their no-deal Hanoi summit.

He said the U.N. will provide continued support so that South Korea's peace efforts will bear fruit, according to the ministry. 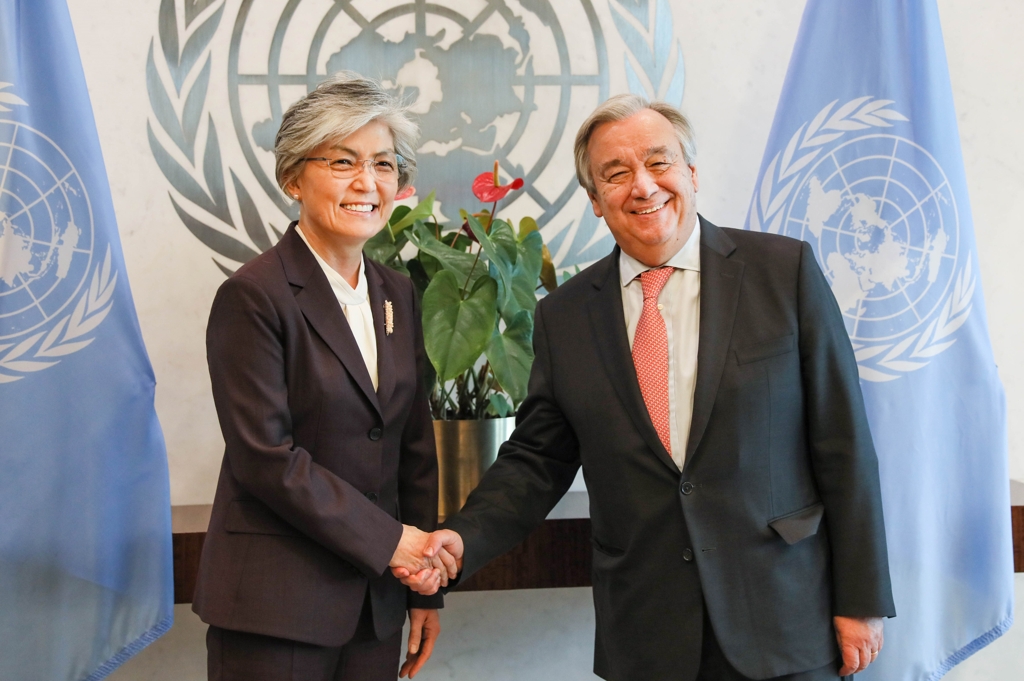 Kang briefed him on regional security conditions and Seoul's efforts to maintain the dialogue momentum and facilitate negotiations between Pyongyang and Washington.

On Friday, Kang plans to head to Washington D.C. for talks with Secretary of State Mike Pompeo on North Korea.

It would be their first meeting since the Hanoi summit in late February.

The State Department announced that it will send Under Secretary of State for Political Affairs David Hale to this week's U.N. session.