SEOUL, March 29 (Yonhap) -- South Korea will try to realize a visit to Seoul by North Korean leader Kim Jong-un for a summit with President Moon Jae-in this year so as to improve cross-border relations and help move the stalled denuclearization process forward, the unification ministry said Friday.

The ministry said that it will also try to regularize such inter-Korean summits so as to maintain close communication between the two Koreas in effectively dealing with any cross-border issues.

Those plans are part of the ministry's 2019 plans and objectives on North Korea and in line with the government's five-year master plan, unveiled late last year, which focused on the complete denuclearization of the Korean Peninsula, the establishment of lasting peace and mutual trust with the North.

"We plan to find an opportunity for creating a strong virtuous circle of inter-Korean relations, denuclearization and improvement in ties between the United States and North Korea through Chairman Kim Jong-un's visit to Seoul that he promised in the Pyongyang declaration last September," the ministry said.

"And by pushing to regularize such summit talks, we will push to lay firmer groundwork for advancement in inter-Korean relations and help the heads of state closely communicate when pending issues arise," it added. 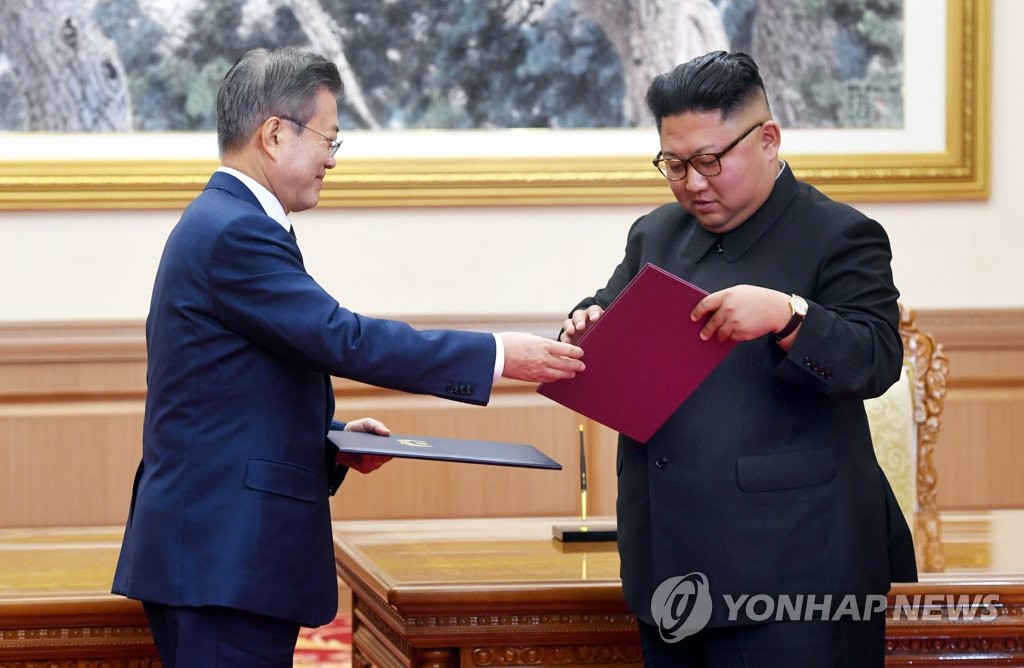 During their third and latest summit, in Pyongyang last September, North Korean leader Kim Jong-un agreed to visit Seoul at an early date for his fourth summit with South Korean President Moon Jae-in. He was expected to make an unprecedented trip to Seoul by the end of 2018 but it did not materialize.

Since the breakdown of last month's summit between Kim and U.S. President Donald Trump in Hanoi, South Korea has been hoping to mediate between the two and keep their denuclearization talks going. The Seoul government wants Kim's Seoul trip to help tackle the impasse.

The unification ministry said that it aims to advance inter-Korean relations not just through such talks but also through exchanges and cooperation between the two Koreas on the belief that they can contribute to moving the currently stalled denuclearization talks forward.

The ministry, however, emphasized that any inter-Korean projects will be carried out through "close consultation" with the international community will be and based on public consensus.

Of possible cooperation projects, it plans to work create an environment for the reopening of a shuttered industrial complex in the North's border town of Kaesong and tours to Mount Kumgang on the North's east coast.

South Korea closed the Kaesong industrial park in 2016 in retaliation for the North's nuclear and missile provocations. The tour program to Mount Kumgang was halted in 2008 when a South Korean tourist was killed by a North Korean soldier.

Seoul wants to resume the two cross-border projects on the hope that they could encourage Pyongyang to return to the negotiating table. Washington still worries that their resumption could undermine the global sanctions regime against Pyongyang at a time when little progress has been made in denuclearization talks.

South Korea is currently preparing to hold video reunions of separated families, for which it recently secured sanctions exemptions from the U.S. and the U.N. Security Council. If held, the video reunions would mark the first such event since 2007.

(LEAD) S. Korea to push for N.K. leader's visit to Seoul for fourth summit with Moon

(LEAD) S. Korea to push for N.K. leader's visit to Seoul for fourth summit with Moon