Kim has come under fire amid reports that he bought a building in western Seoul for about 2.6 billion won (US$2.28 million) in July last year, by taking out a bank loan worth 1 billion won.

The deal was clinched at a time when the government announced tougher measures to curb skyrocketing housing prices and stem overheated real estate speculation, especially in redevelopment areas.

"As I've decided to leave, the faces of reporters covering the presidential office are called into my mind first," Kim said in a message to reporters.

"My wife made a decision (to buy the building) without my consultation, but this is all my fault," he added.

Kim was appointed as President Moon Jae-in's spokesman in February 2018. He is now the fourth official at the presidential office to step down due to issues that have sparked a public uproar.

The move came one day after Kim asserted that the purchase was not a speculative investment but for his retirement plan, noting he has not owned a house for decades.

An investment in properties is a sensitive issue in a land-starved country where owning a house has long been regarded as the main way to increase one's assets.

The resignation is apparently aimed at calming negative public sentiment and easing political burdens on President Moon who has entered the third year of his presidency. He was elected as president in May 2017 for a five-year term.

They insisted that a presidential spokesman, who is supposed to communicate the liberal government's key policies, is alleged to have made property speculation in redevelopment areas, a thing that ordinary people cannot even dream of.

At a closed-door meeting with party members earlier in the day, the ruling Democratic Party (DP) decided to deliver its concerns over Kim's act to the presidential office, citing negative public sentiment.

"Government and ruling party officials, including Cheong Wa Dae, should behave in a way that is in line with public expectations and reflect on what they did," Rep. Hong Ik-pyo, spokesman of the DP, said.

The main opposition Liberty Korea Party (LKP) called on President Moon to apologize to the public.

"This is not an issue that can be settled with Kim's resignation. Moon should make a public apology for his failure to manage aides. (The presidential office) should conduct a full probe to see if there are other cases," Rep. Min Kyung-wook, spokesman for the LKP, said. 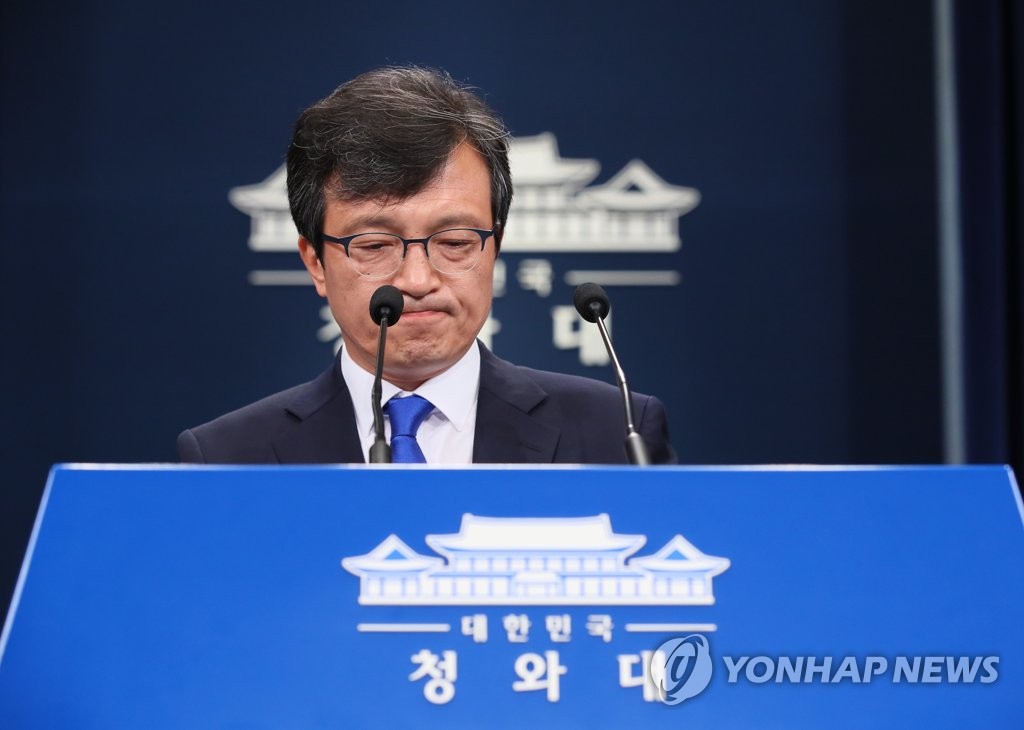