On Wednesday, GMI GPSC, UzAuto and the GM Korea Supplier Association signed a memorandum of understanding on the development of Uzbekistan's auto industry and Korean firms' exports of auto parts to the central Asian country, the carmaker said in a statement.

"The domestic market of Uzbekistan is continuously increasing, and it will be a good opportunity for Korean auto suppliers ... Uzbekistan has requested mutual cooperation (with them) to expand new business and develop the automobile industry in Uzbekistan with the competitiveness of Korean automotive suppliers," GM International Vice President Johnny Saldanha said in the statement.

Expressing his gratitude for last year's achievement of a 220,000-unit production target with the help of GM Korea and its subcontractors, UzAuto Chairman Shavkat Umurzakov said, "UzAuto plans to produce 250,000 vehicles this year and is trying to export (them) to the Commonwealth of Independent States and Russia."

He invited Korean auto parts suppliers to a new car development workshop scheduled to open in Uzbekistan in June. 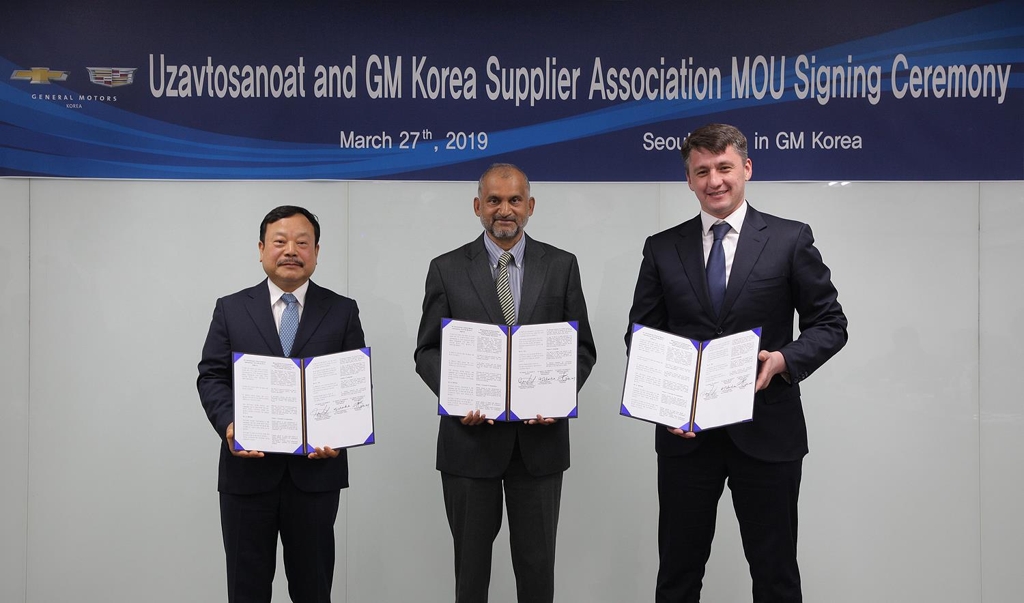