SEOUL, March 29 (Yonhap) -- Railways in North Korea are in poor condition and require extensive repairs or upgrades before they can be linked to South Korea's, as agreed by their leaders last year, the unification ministry said Friday.

The assessment is based on joint field inspections the two Koreas conducted on a combined length of 1,200 kilometers of rail, along the North Korean section of the western Gyeongui line and the eastern Donghae line, late last year.

"The Gyeongui and Donghae lines both are in serious condition," the ministry said in a report. "Erosion and damage on rail and sleeper sections have progressed significantly ... Bridges and tunnels also need close safety inspections."

Some bridges were being used without major renovations or repairs though they were built 70-100 years ago, the report showed.

A train could not run at over 20 kilometers per hour on a section of the Gyeongui line from Kaesong, a town near the border with South Korea, to Sariwon due to safety reasons. That is slower than the average train speed of 30-50 kph during the field surveys, the report said. 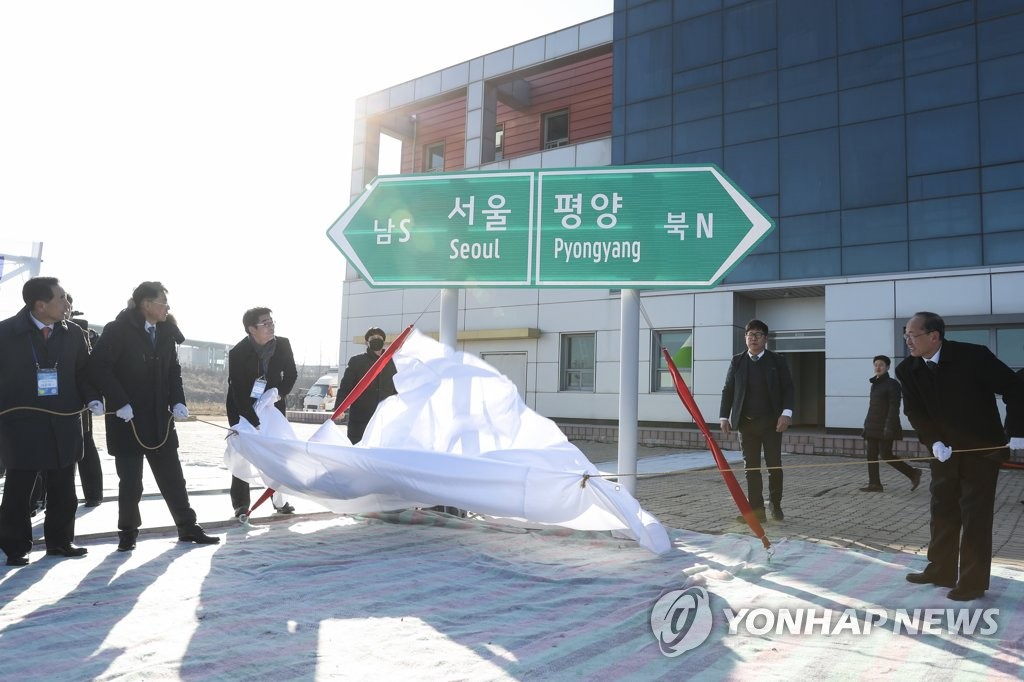 Trains in North Korea need to be upgraded as well, with most of them having gone into operation in the 1970s, the report said. Signals and communications systems were also cited as an area that needs to be upgraded to ensure safety.

The road conditions in North Korea appear to be no better.

According to a separate report on the outcome of field surveys the two Koreas conducted last August, on 161 km-long roads from Kaesong to Pyongyang, the ministry said that it saw high risks of rock slides in 33 locations and found cracks on the surface of 90 bridges.

Some tunnels had high levels of humidity inside, or water leakage, due in part to insufficient drainage systems. Serious cracks were also found in those tunnels, the report showed.

"Both in terms of railway and road conditions (in North Korea), tunnels and bridges will likely be the most challenging," a ministry official told reporters on condition of anonymity. "They are the areas that will take time and are hard to deal with."

The official added that last year's field surveys are an overall review using simple equipment and naked eye observation, so it is necessary to conduct additional "precision" inspections to better assess the state of the road and railway systems in the North.

"We, however, have yet to determine when to conduct additional checkups," he said. "It is hard to predict at this point but we would like to start drawing up a basic construction plan and launch the design process before the end of this year."

During their first summit in April last year, South Korean President Moon Jae-in and North Korean leader Kim Jong-un agreed to modernize and reconnect rail and road systems of the two Koreas as part of efforts to foster balanced development and co-prosperity on the Korean Peninsula.

The two Koreas held a groundbreaking ceremony for the project in the North's border town of Kaesong last December but no actual construction has been launched yet amid scant progress in denuclearization of North Korea.