SEOUL, March 29 (Yonhap) -- The chief of the Korea Development Bank has called on financially troubled Asiana Airlines Inc. to come up with a stricter self-help plan to "resolve market concerns and regain the confidence of investors," the state bank said Friday.

KDB Chairman Lee Dong-gull made the remark on Wednesday when he met Kumho Asiana Group Chairman Park Sam-koo to discuss the future of the airline-to-chemical conglomerate. On the same day, Park announced he will resign from all key posts at the business group to take responsibility for the recent controversy over an unfavorable audit report on the airline.

Park asked the KDB to do all it could to help Kumho Asiana stay afloat.

But exactly what he asked the state lender has not been disclosed.

The chairman not only quit his representative director post at Asiana Airlines Inc. but also his directorship at Kumho Industrial Co. 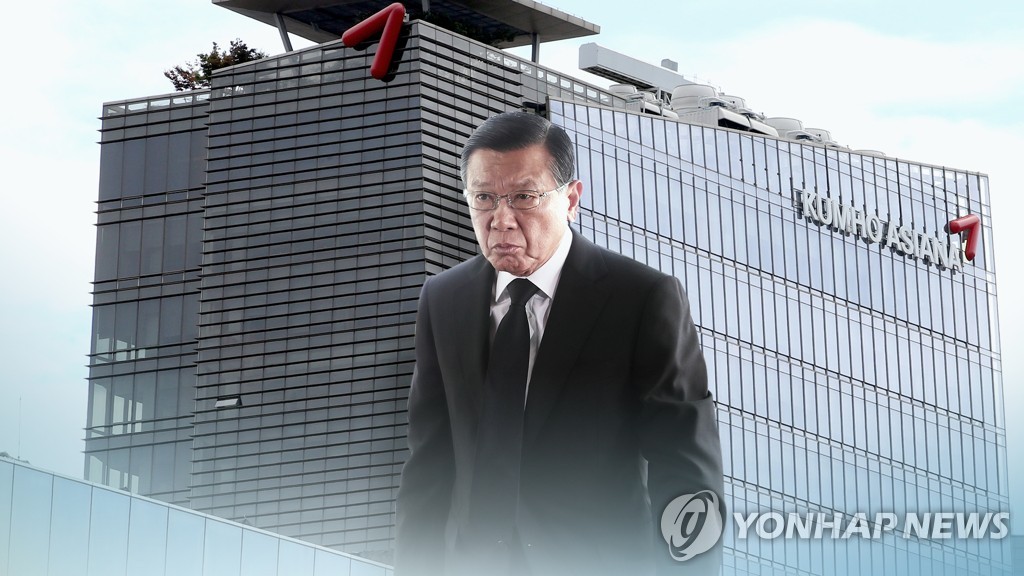 In response to Park's request, Lee said, "Top priority should be placed on restoring market confidence in the group and its large shareholders among others. Kumho Asiana needs to present measures that are sufficient to tackle the many challenges it is facing, according to the KDB.

Asiana Airlines signed a memorandum of understanding with the state lender in April last year to improve its financial status. It has focused on securing liquidity by selling the group's headquarters building and noncore assets, as well as issuing convertible bonds in the past year.

On Tuesday, however, shares in Asiana Airlines plunged 15 percent after its auditor Samil PricewaterhouseCoopers issued a negative assessment of the company's financial status last week.

The auditor issued an "unqualified" assessment of Asiana's 2018 annual report after reviewing a revised annual report by the country's second-biggest airline after Korean Air Lines Co.

The term qualified means the auditor's auditing scope is limited, as the company's financial figures are not in accordance with generally accepted accounting standards.

Asiana currently owes 3.2 trillion won to financial institutions and has to repay 1 trillion won of the total this year.

Samil PricewaterhouseCoopers questioned the lack of transparency on provisions for leasing aircraft and the value of assets, as well as financial information for its budget carrier units: Air Seoul Inc. and Air Busan Co.

Analysts warned that a lack of reliability in Asiana's financial reports may restrict its access to capital markets and put it at a liquidity risk.