Pyongyang launched work to restore the launch pad there in February, before the United States and North Korea held a summit later that month in Hanoi, lawmakers quoted the National Intelligence Service (NIS) as saying at a meeting of the parliamentary intelligence committee.

"The North started the reassembly work before the Hanoi summit. We cannot verify what that means," the NIS said.

The North apparently began to dissemble part of its facilities in July 2018 after North Korean leader Kim Jong-un reportedly agreed to dismantle the site during his summit talks with U.S. President Donald Trump in Singapore in June last year.

The restoration work has spawned speculations of the North resuming the launching of a missile or a satellite-carrying rocket in an apparent show of its frustration over a deadlock in nuclear negotiations with the U.S.

Last month's Hanoi summit between Trump and Kim fell apart due to their failure to bridge differences over the scope of Pyongyang's denuclearization and Washington's sanctions relief.

The NIS added North Korea appears to be keeping its uranium enrichment facility in its mainstay nuclear complex in Yongbyon, north of Pyongyang, in "normal operation."

North Korea stopped the operation of a 5-megawatt nuclear reactor at the Yongbyon complex late last year, it noted.

Speculation has persisted that though it has suspended nuclear and missile tests, the North has kept its nuclear program running despite talks with Seoul and Washington aimed at achieving denuclearization and fostering a lasting peace regime on the peninsula.

As for a group of intruders breaking into the North Korean embassy in Spain last month, the NIS refused to unveil details about the incident, saying that Spanish authorities are probing the case.

The agency will hold necessary consultations with Spain as some South Korean nationals are known to be included on the list of intruders, it added.

"We're keeping a close eye on the case since people with South Korean or U.S. nationalities could be involved," the NIS said. "There may be a South Korean, but nothing has been confirmed."

In late February, a group of intruders broke into the North Korean Embassy in Madrid and ran away with computers and documents.

Free Joseon, a mysterious anti-North Korea group, claimed responsibility for the break-in and said it shared some of the information obtained from the embassy with the U.S. Federal Bureau of Investigation (FBI) on "their request."

The NIS said it is still gathering information about the group, but Free Joseon appears to be an entity operated as a network organization.

Previously known as Cheollima Civil Defense, Free Joseon has been widely reported to be providing protection for Kim Han-sol, the son of Kim Jong-nam, the assassinated half brother of Kim Jong-un. The NIS said it doesn't know where Kim Han-sol is currently staying, adding that it doesn't track his location.

Meanwhile, the spy agency said that there have not been massive deaths from starvation in the North, though food supply situations have shown signs of deteriorating this year, with Pyongyang requesting help from international organizations.

The NIS also reported that North Korea earned 36 billion won (US$31.69 million) through cryptocurrency hacks, and some of them were against banks in Chile and Bangladesh. 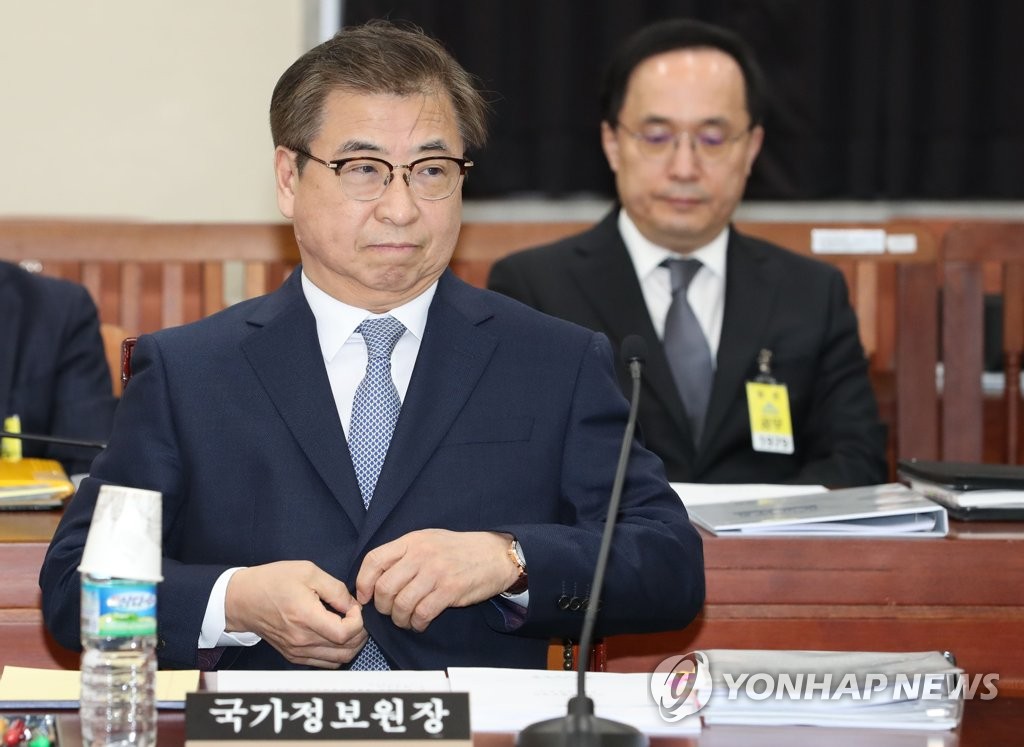