Ban has been staying in Boao, Hainan Province, in southern China for the Boao Forum for Asia (BFA) since Tuesday. He will later visit Gansu Province in western China and then head to Beijing to meet with Xi, according to sources.

Ban will travel to the Chinese capital in his capacity as deputy chair of the Elders, a group of independent leaders seeking to use their collective experience and influence for peace, justice and human rights worldwide. It was founded by Nelson Mandela in 2007.

The Elders said in a statement that its members are to meet with Chinese leadership to "discuss global challenges from climate change and nuclear disarmament to regional security and extremism."

Ban and the Elders members may also touch on international cooperation efforts on air pollution.

Ban, 74, was appointed by South Korean President Moon Jae-in earlier this month to lead a new national committee to fight fine dust air pollution. South Koreans believe wind-carried fine dust from China is to blame, at least partly, for the worsening air quality in their nation.

To tackle the issue, Ban, who is also Chairman of the BFA, held talks with Chinese Premier Li Keqiang during the forum. He will also meet with Chinese environment minister Li Ganjie next week. 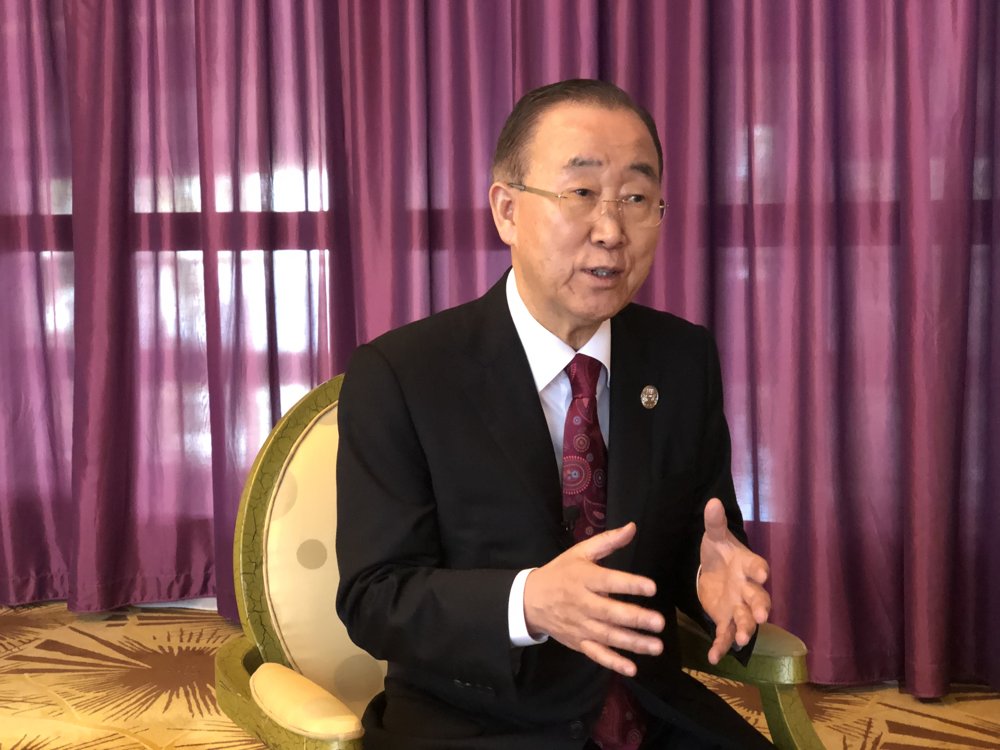