SEOUL, April 1 (Yonhap) -- South Korea's central bank chief said Monday that there are no rate-cut plans in the near future despite clear signs of an economic slowdown.

"I've said the BOK will maintain its accommodative monetary policy this year," Bank of Korea (BOK) Gov. Lee Ju-yeol said in a meeting with reporters. "We will check further whether to be more accommodative, but I don't think this is the right time to consider cutting the base rate."

He has repeatedly said that the current 1.75 percent policy rate is accommodative enough and can support the economy.

But Lee said Asia's fourth-largest economy has been slowing down to some extent in the first few months of the year as uncertainties rise amid ongoing U.S.-China trade talks and global growth concerns.

"The pace of growth has been slowing down in January and February due to increased downside risks from abroad," the BOK chief said, pointing to a sluggish semiconductor sector as one cause. "But we don't have plans to change our earlier growth outlook for this year."

The central bank will hold a rate-setting meeting and release its updated growth target for 2019 on April 18. The BOK has held the key rate steady since it lifted it a quarter percentage point in November 2018. 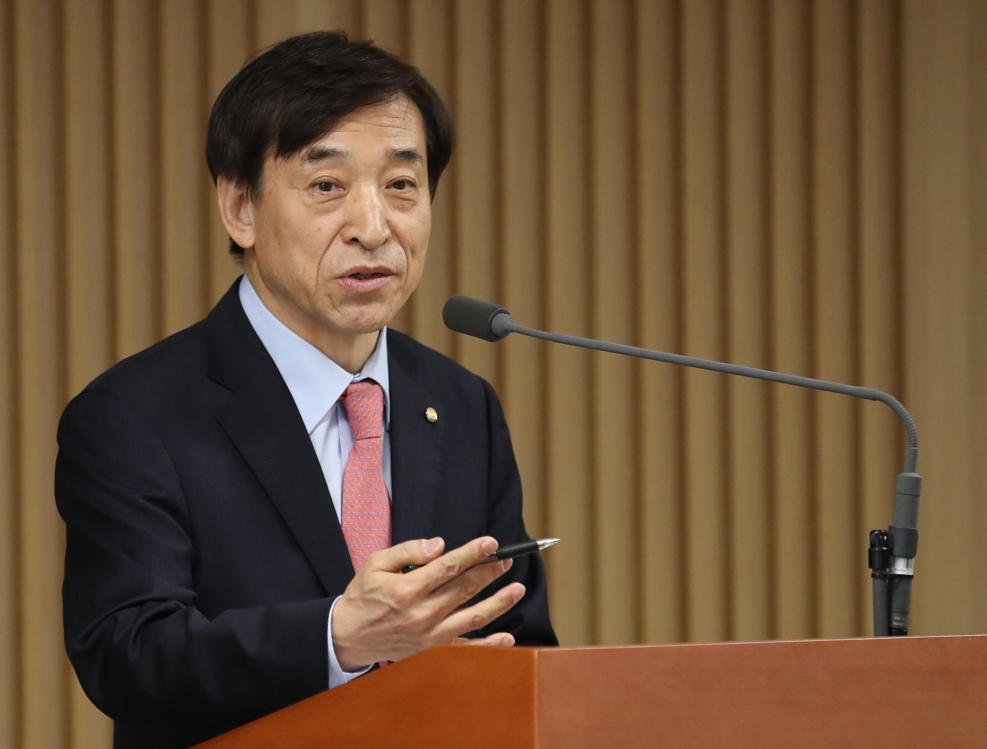 The governor stressed that he has not changed his monetary policy stance, after having inadvertantly sparked market fluctuations last week.

During a parliamentary session last week, Lee said he may lower the base rate to prop up the economy, which is showing clear signs of a slowdown.

After his comments, growth concerns spread on the South Korean financial market and caused a reversal of short- and long-term bond yield curves on Friday. An inverted curve, especially between the three-month yield and 10-year yield, is considered an indicator of economic recession.

"I've never changed my stance on the monetary policy," he said. "It was just an answer to a question that I can consider (a rate cut) only if the economic condition worsens."

BOK chief says no rate cut in near future

BOK chief says no rate cut in near future