SEOUL, April 3 (Yonhap) -- South Koreans cast their ballots Wednesday in by-elections to pick two lawmakers and three local councilors in what could be a barometer of public sentiment ahead of next year's general elections.

Voting was held at 151 polling stations in three provinces including South Gyeongsang Province located in the country's southeastern region, according to the National Election Commission (NEC).

The voter turnout for the by-elections tentatively reached 48 percent, according to the watchdog. The turnout for parliamentary elections came to 51.2 percent. 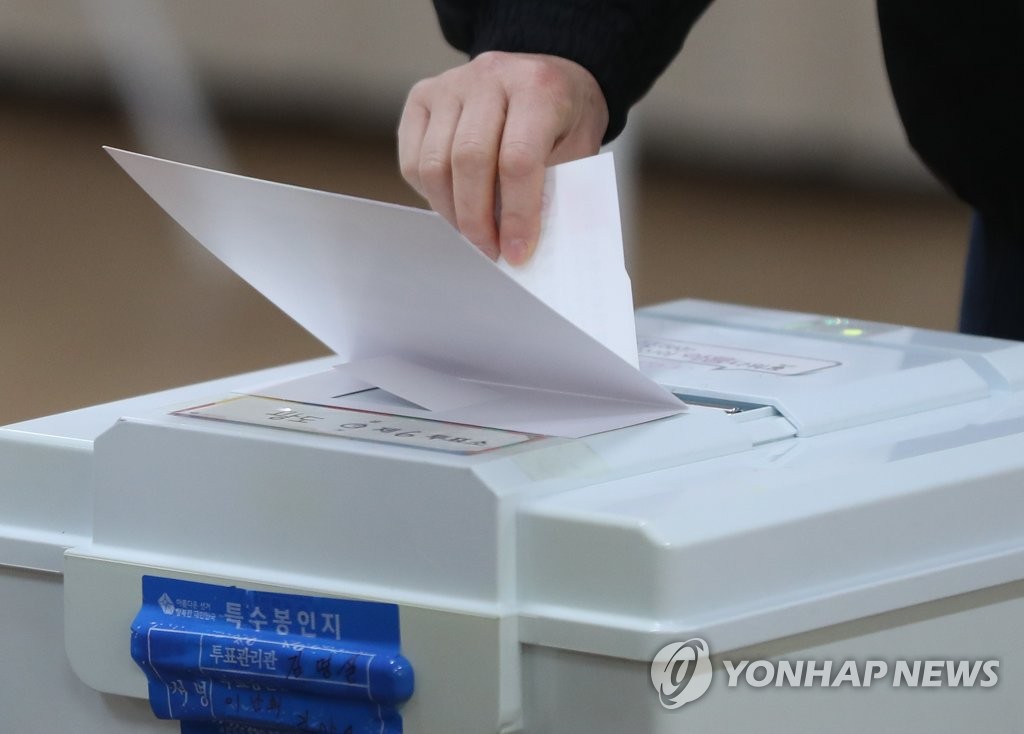 The main focus is on who will fill the two parliamentary seats up for grabs in South Gyeongsang Province.

The constituencies at stake lie in Changwon, 400 kilometers southeast of Seoul, and Tongyeong-Goseong, 450 km southeast of the capital.

Rival parties see the elections as a litmus test of voter sentiment in the province ahead of the nationwide parliamentary elections slated for April 2020.

Liberal politicians have received strong voter support in the industrial city of Changwon, as liberal candidates have been selected in three of the four general elections since 2004. Conservative contenders have held firm in Tongyeong on the southeast coast.

The province, a manufacturing hub for the auto and shipbuilding industries, is bearing the brunt of the economic slowdown.

The ruling Democratic Party (DP) focused on promoting its strategy to boost the regional economy, while the main opposition Liberty Korea Party (LKP) voiced the need to hold the government accountable for the economic slowdown.

Experts forecast that the leftist Justice Party and the conservative LKP will each win one seat.

A victory for the minor party would be a boon for the DP, as the two parties fielded a single candidacy to muster liberal votes last week.

Yeo Young-guk of the Justice Party secured a single candidacy in Changwon. The parliamentary seat has been vacant following the suicide of a progressive lawmaker from the party, Roh Hoe-chan.

For the DP, the votes will be a gauge of people's assessment of liberal President Moon Jae-in's performance. Moon, whose presidency has entered its third year, hails from South Gyeongsang Province.

The DP clinched an overwhelming victory in the local elections last June, aided by strong support for Moon and his drive for peace with North Korea.

But President Moon's public approval rate has recently declined to a record low, dented by the economic downturn and stalled denuclearization talks between the United States and the North.

A win for the Justice Party could help the DP push for a set of reform bills as the minor party would be able to form a joint negotiation bloc with the minor liberal Party for Democracy and Peace.

The elections are also seen as a test for the leadership of Hwang Kyo-an, new chairman of the LKP, as the outcome could affect his status within the party ahead of next year's parliamentary elections.

The party has eyed the by-elections as a chance to cement its status as the main opposition party that can deter the DP's liberal agenda.

The conservative party suffered a crushing defeat in last year's local elections as it was still reeling from the fallout of the ousting of scandal-ridden former President Park Geun-hye.

But the support rate for the LKP has recently rebounded to the 30-percent mark for the first time since the corruption scandal involving Park rattled the nation in late 2016.

During campaigning, the LKP highlighted what it calls the liberal government's economic policy failure. Its candidate running in Changwon claimed Moon's nuclear-free policy has dented the economy of the city, which is home to a number of nuclear energy-related firms. 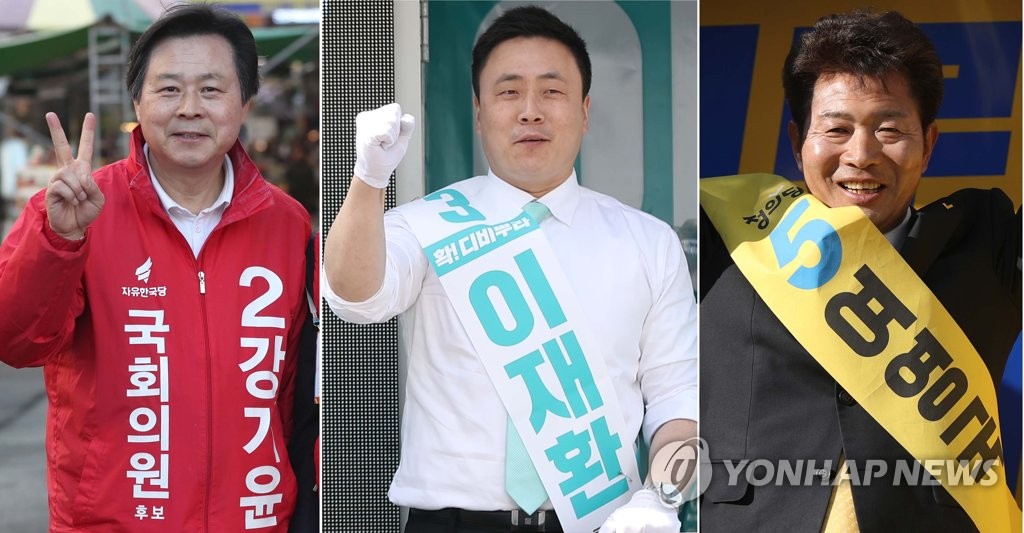